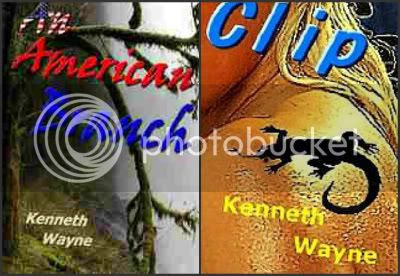 1. Which of your characters is your favorite?
I started writing in the mid-1970s. I guess I was introduced to my favorite character when I wrote a slice-of-life novel that took place in an average town in the Pacific Northwest. It centered on the lives of a dozen or more characters. It was slightly patterned off of Anna Karenina in that it consisted of short chapters, each one focusing on the life of one of the five or six main characters and the novel advanced chronologically by rotating through the cycle of characters. As you can guess, it was massive, rambling and has yet to be edited or given much of an airing. Many writers, perhaps most, start with such a book as a way to find a voice.

From this novel emerged an everyman of sorts who I named Charles Journeyman. Since that early novel, Journeyman became my Chichikov (the protagonist in Gogol’s Dead Souls): average in height, weight, looks, etc. Every novel I have written subsequently has a Charles Journeyman. Rather than being the same character, the Journeyman in each novel is similar but different; much like each exists in a parallel universe, ignorant of the others. Overall, since my first novel, I wrote two novels and a travelogue in the 1980s, one in the 1990s, and Clip in the first decade of the current century. Each novel contains a Charles Journeyman; although, the surface-level attributes and circumstances are different.
I found that using one character as the focus keeps my writing more manageable in both size and scope. In addition, I have settled into writing in first-person, past tense. I have found that has made it easier for me to ensure that I can continue to write my novels, while also handling my life as a father and the primary bread winner for my family.

7. What is the toughest scene you ever wrote?
The one I have yet to write, I suppose.

8. Where do you find your inspirations to write?
I started writing around 17 or 18. Reading the short story, “ABEL SÁNCHEZ: UNA HISTORIA DE PASIÓN” by Miguel Unamuno made me realize the power in writing; how the writer was free to write what one found difficult to say in daily conversation. One of the novels that urged me to start writing novels was Malone Dies by Samuel Beckett. I really can’t explain why. I guess it left me with the feeling that I did not want to face oblivion without having conveyed my take on existence.

11. What kind of music speaks to you?
I was born in the mid-50s and so I grew up to the sound of rock ‘n’ roll. A continual soundtrack of rock plays in the background of my daily activities: "Hey, hey, my, my. Rock ‘n’ Roll will never die."

12. Do you outline your stories of do they just take you along for the ride?
Most of my writing has developed from a core idea and very vague outline. Often these are based on ideas that come to me while commuting to and from work. About 2% of my writing is based on real events, I think. Shortly after I start writing, though, the characters and the events take over and I become a conduit through which the story unfolds - just a typist, I guess. My most recent novel, Clip, developed that way. I had a rather simple idea that quickly took and forced me to type it out. I had no idea where it would lead until the day I finished it. The other novel I have released as an ebook, An American Branch, adhered to a detailed outline. I knew where 95% of it was going before I began writing the first draft. Which was more effective? Don't ask me to choose between the children.

14. Who are the biggest influences on your work?
Tolstoy, Dostoevsky, Vonnegut, Brautigan, Kafka, Bukowski, Camus, and Kerouac.

Kenneth Wayne was born and raised on the West Coast of the United States. He has spent the past couple of decades in Asia. Since the late 1970s he has written five novels, dozens of stories, a novel-length travelogue, and two ESL textbooks.

In the early part of 2011, he launched the Electronic Text and Literature Cloud (eTLC). You can use eTLC to discover the work of independent (indie) authors. The majority of writing on this cloud is available in a digitalized format, which provides indies a viable medium to distribute their work. Its focus is self-published material since it remains closer to the "vision" of the writer than work reshaped by publishers with "elusive" marketing goals.

His most recent book is Clip. Thirty words or less: Clip is about a man who spots himself in a sex video that has gone viral on the Internet and the effects this has on his life.

An American Branch was the rough draft of a novel that he wrote before Clip, but he spent the several months earlier this year rewriting it. Kenneth released it at the end of August. It’s about how the consequences of our actions are different from what we anticipate because of our inability to perceive the ripple effects they have on our environment.


Visit Kenneth online at these links: