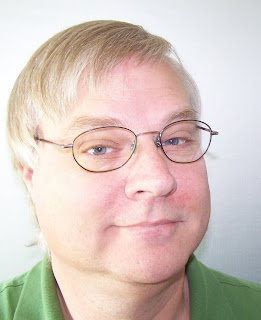 4. What else can you do besides write?
I’m pretty good with computers. I have a half-dozen active computers running in my home, and I set up and maintain the computer network at my church. I do some computer programming, although I haven’t been able to keep up with the ever changing (and costly) development software, so it’s mostly just applications to help me with my own needs. My most recent project was to help me track and prepare tweets in support of other writers on Twitter. There are now over 1100 writers that I give introduction and promotional tweets for, and more are added every day. I can only do a portion of that list every day, so the software helps me track who’s been done and who hasn’t, to make sure everyone gets their turn.

5. Who are you reading right now?
Technically no one. But I just finished Carl Ashmore’s second in the Time Hunters series, The Time Hunters and the Box of Eternity. It’s a great book in a great series. I highly recommend them.

7. What is the toughest scene you ever wrote?
Describing the action in the zero gravity sport, ZeeGee. It’s not like anything that could seen on TV or movies, or of course, planet side sports, so fairly detailed descriptions were required. But ZeeGee is a fast-paced exciting sport, so I didn’t want to bog down the action with tedious explanations. It took several rewrites to reach what I thought to be a good balance.

10. Are you into sports or other physical activities?
Oddly enough, no. I’m not a fan of sports of any kind and if I attend any type of sporting event it’s usually because someone I know is participating, so I’m there to support them, not the game. My oldest son is a sports aficionado and was truly shocked after reading about ZeeGee in my first book. I believe his reaction was something along the lines of: "How could you, someone who doesn’t like sports, create a game that I REALLY want to play?"

15. Do you still watch cartoons?
Selectively. I don’t care for much of what’s shown these days, but there are a few I really enjoy. Jane and the Dragon and Futurama to name a couple. And Christmas specials. I just recently was lamenting the fact that they don’t seem to broadcast Mr. Magoo’s A Christmas Carol anymore. Then within days I came across it on DVD, so I bought it. Now I don’t care so much that it’s not being broadcast.


Eric B. Thomasma was born and raised in West Mitten, USA. He still lives in the area with his wife of 33 years, Therese, and together they raised two sons, Eric Jr. and Nicholas. Eric spent most of his adult life working as an electrician and service technician in the telecommunications industry, with side interests in computers and video production. He has written and self-published three novels, SEAMS16:A New Home, SEAMS16:Arrival, and And So It Begins..., and two children’s stories, Sam and the Dragon and Billy’s Family. You can learn more about Eric and his writing at these links: