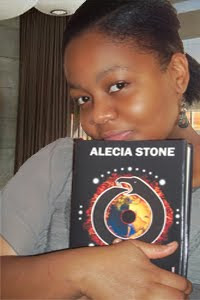 1. Which of your characters is your favorite?
Hmm ... This is tricky. While I did enjoy writing all of the characters – some more than others – I would have to say that Alex Dench is my favourite. Girl Power, all the way. Not only is she a kick-ass, feisty chick who stands up for what she believes in, she is also very considerate and sensitive. Despite her tomboy demeanour, Alex is deeply emotional. She is unpredictable and exciting. She was a great character to write.

5. Who are you reading right now?
I’ve just browsed my shelf and picked up Amy and Roger’s Epic Detour by Morgan Matson, which I’m looking forward to reading. I’ve been reading a lot of fantasy lately, and I’m looking for something different. I haven’t started it yet, as I haven’t had a free moment, but I will delve into it soon. Prior to this book I had read Warm Bodies by Isaac Marion – my first zombie book – but it didn’t go down too well, so I’m looking for something to boost my spirit and I’m hoping Matson’s book is the answer.

7. What is the toughest scene you ever wrote?
There are a few, some of which are featured in book two of the Talisman Of El trilogy, which I’m currently writing, but I can’t speak of those scenes as that would be giving away certain details about book two when book one hasn’t even been released yet. In Talisman Of El, book one, one of the toughest scenes I had to write was a dream scene where Charlie has to relive the moment his father died. That was an emotional scene. Although Charlie tries to let go of his past, it always has a way of haunting him. He had a great relationship with his dad and the last thing he wants to remember is the day of his death, but he just can’t seem to let go. It felt almost as if he was being tortured. In a way, he’s punishing himself for the guilt he feels for being the one that survived while his father died.

12. Do you outline your stories or do they just take you along for the ride?
So far, I haven’t outlined my stories. I don’t have a routine per se – or, at least, I haven’t developed one yet. For Talisman Of El, I just wrote what came to mind, and then I went back through it to make sure everything was logical. I think if I planned first and then wrote I wouldn’t ever finish a story. I would procrastinate so much the only thing I would end up with is a single blank page and a few bald patches. For now, my plan is to just write and not doubt myself, that way at least I would have a finished product. Talisman Of El came out of nowhere and took me on a great ride. It was a great experience, and I wouldn’t change it for anything.

13. Celebrity crush.
I could be obvious and say Johnny Depp, but he’s probably every girl’s crush, so I think I’ll go for Max Minghella. He’s an English actor who starred in Agora (2009) opposite Rachel Weisz. I find his brooding persona rather sexy. Love his acting. I can’t wait for the release of his latest film, The Darkest Hour, a sci-fi action thriller. I’m a movie fanatic, by the way.

14. Who are the biggest influences on your work?
Jane Austen was a great influence, as she inspired me to write. Pride and Prejudice is one of my favourite books. My mother was also a big influence. Growing up, she told me many weird tales, a few of which are featured in Talisman Of El. In terms of world building, I would have to say J.M. Barrie and C.S. Lewis were big influences. 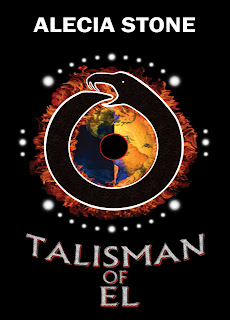 Alecia Stone has been in love with anything and everything paranormal for many years. She grad­u­ated with a BA in Film & TV and has worked in tele­vi­sion for a short period of time before branch­ing out into storytelling. When she isn't writ­ing, she enjoys going to the movies, lis­ten­ing to music, and traveling. Talisman Of El is her first novel. She currently lives in England, UK.

Find Alecia online at these links:

Posted by Heidi Ruby Miller at 7:29 AM