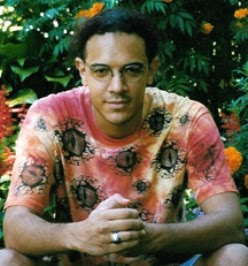 John Edward Lawson
1. Which of your characters is your favorite?

2. Tell me about your travels.
Some years I do too much traveling around the country for publicity and feel a bit like Jack from Fight Club; you can go to every metropolitan area in the nation but end up just seeing airports and hotels. But I have been lucky enough to get in some recreational travel outside the USA. I think Costa Rica might be the most beautiful place on Earth. Going to the Monteverde cloud forests, standing at the top of the mountain where you can see the Pacific on your left and the Caribbean on your right…just awesome. Canada is for sure the most civil and friendly place around. Toronto is my favorite city, or at least it was when the exchange rate was better! England is great, too, and not just London. Hanging out with fog-obscured skater punks in the Roman structures of Bath is fun.

4. What else can you do besides write?
I have heard it said that we should bring a little art to what we do, and bring a little of what we do to our art. I believe that to be true in that building our creative expression in all areas really seems to help with advancing the writing process. So, I enjoy gardening although I'm not very good at it. I've been cooking family meals daily for fifteen years, with emphasis on cuisine from around the world…Indian, Thai, Vietnamese, Chinese, and so forth, but I also do a lot of American. Sometimes I fantasize about cooking in a restaurant. I'm also a certified audio engineer and had a small recording studio for a while. It was good money, but writing just felt so much more important in the larger scheme of things. I've always been a gifted visual artist and as a kid my artwork got on local TV all the time. Most importantly I can wiggle my eyebrows independently of each other, nonstop, for an indefinite amount of time.

7. What is the toughest scene you ever wrote?
Pretty much any scene that is the final scene in my writing sequence, because I seem to have a psychological block against finishing stories. Often I write the opener, the end, the outline…and everything in-between is so exciting I just cannot stop. Plus, I tend to fall in love with the characters, and their pain or joy. Walking away from them is too difficult, which is why so many of the characters have cameos in later works.

9. Food you could eat everyday.
Butternut squash soup from Animal Kingdom's Boma restaurant. And I just scored the recipe. Booyah. If I go missing just direct the police to my kitchen. I am not even playing with you. But the most dear form of sustenance for me is the sense of wonder in myself and others; it is this which renders me a writing/reading addict. I don't just need it daily. It's more like hourly, at least.

10. Are you into sports or other physical activities?
Yes, which is depressing as I'm unable to put my body to use lately! Fortunately two of my new books just went to the printer, and I've met a few of my dozen anthology deadlines, so I can get back to it a bit. People assume that--due to my height--I play basketball, but actually I'm an exercise junky. I used to exercise three hours a day, but gradually I've allowed that to be whittled away by "life." One thing I've always advocated for authors is to engage in some form of daily exercise routine to combat the sedentary nature of our work. Particularly the thighs. Having tight thighs constricts blood vessels in your legs, returning blood from your lower half more quickly allowing improved alertness. Alertness = thinking, thinking = writing. And recently I was lucky enough to go rock climbing in the Adirondacks…it's something I look forward to doing more of.

15. Do you still watch cartoons?
I was cartoon abstinent for many years. What changed that trend was becoming a father. I tend to live a somewhat monastic life, but seeing the latest cartoons with my son helps keep me plugged into pop culture. As to whether that's a good or bad thing, I don't know, but it sure is entertaining. In my opinion Avatar is one of the best shows to ever hit television. The Avengers: Earth's Mightiest Heroes is pretty great also; we're impatiently awaiting the next season. Currently we're doing a Phineas and Ferb marathon. The Popeye and Donald Duck cartoons of the 40s and 50s rock hard as well. Re-runs are a psychological necessity for the youngins because, as they say, ontogeny recapitulates phylogeny.

John Edward Lawson has published eight books and over five hundred works in anthologies, magazines, and literary journals worldwide. He is a Bram Stoker Award finalist and a winner of the Fiction International Emerging Writers Competition; other nominations include the Pushcart Prize, two for the Rhysling, and two for the Dwarf Stars Award. As a freelance editor he has worked for Raw Dog Screaming Press, Double Dragon Publishing, and National Lampoon among others, has edited seven anthologies, and served as editor-in-chief for The Dream People. He lives near Washington, DC with his wife and son. Spy on him at http://www.johnlawson.org. 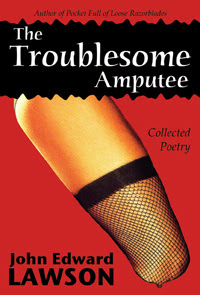