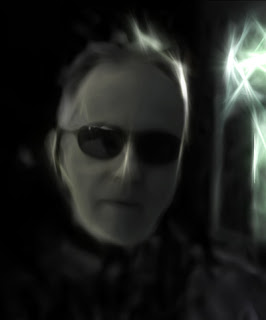 1. Which of your characters is your favorite?
Donho Likkanen of "Mirrorland", the Finnish Casanova.

2. Tell me about your travels.
I grew up in Louisiana, London, and Stockholm, have lived in New York, Key West, and Paris, and now live in Washington DC. I actually hate to travel.

4. What else can you do besides write?
I can drive a car.

7. What is the toughest scene you ever wrote?
My very first sex scene. My gall bladder had just become infected and was perforating.

8. Where do you find your inspirations to write? 9. Food you could eat everyday.
10. Are you into sports or other physical activities?
11. What kind of music speaks to you?
12. Do you outline your stories or do they just take you along for the ride?
13. Celebrity crush.

14. Who are the biggest influences on your work?
Iris Murdoch, Philip K. Dick, Machado de Assis, Flann O'Brien, Adam Hall, and both Amises. Which is why I'm totally unpublishable.

Rod Kierkegaard, Jr is a writer and cartoonist best known in the US for his comic strip, "Rock Opera", which ran as a regular feature in Heavy Metal Magazine during the 1980s. From the Lambiek.net website:

"The controversial Rod Kierkegaard Jr. is the artist of works like 'The X-Generation', 'Shooting Stars', 'Rock Opera' and most recently 'Joysuit', a comic series entirely made on the computer. Kierkegaard had his comic work published in magazine Heavy Metal, and also works in the cinematographic field, as well as the field of computer designing."

He is the author of two French graphic novel collections, "Stars Massacre", (released in the US as "Shooting Stars") and "Rock Monstres", both published by Editions Albin Michel, Paris. His first novel, Obama Jones & The Logic Bomb, is published by Dogma Press.

Since then, he's written six more.