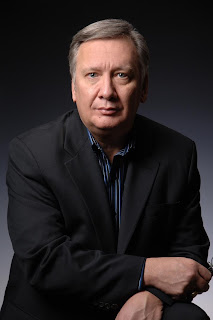 1. Which of your characters is your favorite?
My favorite character is always the one I am about to create. I get a rush out of trying to create someone new that will get the attention of readers. In the manuscript I have just finished, I created an unlikely father/daughter duo that my sample readers have called my best characters thus far. The unlikely hero is always a focus for me.

That all being said, my favorite character to date is The Fat Man, a jovial, obsessive compulsive attorney, whose scruffy looks I once described as resembling "Santa Clause's reprobate brother." The Fat Man is my main character's side-kick. He's my favorite because he is based upon one of my closest friends and colleagues. In real life, he is a brilliant attorney, but I don't have to change too much about him in the books. My latest title, Manifest Destiny, has been optioned for a movie and I'm worried about who they will get to play the role of The Fat Man.

3. Coffee, tea, or milk?
Guinness. When it's too quiet at home, I have trouble writing. The distractions at the house often take me away from my work. In order to concentrate on the words on the computer screen, I'll head down to a neighborhood pub to write. At the pub, there is just enough distractions around me that I can concentrate on what I am writing. The nights they offer $2 specials on draught Guinness are remarkably productive.

4. What else can you do besides write?
5. Who are you reading right now?
6. Pop culture or academia?
7. What is the toughest scene you ever wrote?
8. Where do you find your inspirations to write?
9. Food you could eat everyday.
10. Are you into sports or other physical activities?

11. What kind of music speaks to you?
My favorite t-shirt has a Friedrich Nietzsche quote on the front that reads: "Without music, life would be a mistake." I listen to a lot of music and play a little guitar and mandolin ... very little. However, my love for music comes through in my stories. The main character in all my novels to date is Congressman Richard Thompson, a guy who goes through life with a soundtrack constantly playing in his head. That's me. Music is my constant...my muse. I listen to a lot of folk .. John Prine, Warren Zevon. I saw the Pogues this year in Chicago and worked their music into my next book. And I love Meat Loaf.

12. Do you outline your stories or do they just take you along for the ride?
I tried to outline and do a synopsis on my current manuscript, but failed miserably. Every time I planned for a character to walk into a room and turn right, they invariably found something on the left that interested them far more. I have colleagues that cannot begin a story until they have figured out exactly what their characters will do in each and every situation. But, when I am writing, my characters control me more than I control them.

13. Celebrity crush.
My celebrity crush is Lois Griffin from Family Guy, but she's married to Peter.
My wife and I really enjoy True Blood on HBO. It will not surprise my wife when she finds out that I wouldn't mind being glamed by the vampire character Pamela Swynford De Beaufort. The role of Pam is played by Kristin Bauer van Straten, who is very attractive. But I'm mostly attracted to her fangs. Every Sunday when Pam appears on the screen I mumble, "what a great set of fangs."

14. Who are the biggest influences on your work?
When I was 17 years old I was able to spend a day with the great mountain writer Jesse Stuart, who wrote The Threat that Runs so True. Stuart wrote these great novels about coming-of-age in the mountains of eastern Kentucky. From that day I met Stuart, I wanted to write the great American novel about growing up in a small river town. Every time I tried to write the story, it became painfully obvious that I had not yet come of age. Finally, 36 years after meeting Jesse Stuart, I've started that novel, Alligator Alley.

My wife, Linda, seems to read everything published. When Borders went into bankruptcy, the trustee called our house to make sure that she was going to continue to buy books. Because of that, she is the number one content editor I rely upon. She has no problem telling me that a scene sucks and she's usually right.

Rick Robinson has spent thirty years in politics and law, including a stint on Capitol Hill as Legislative Director/Chief Counsel to then-Congressman Jim Bunning (R-KY). He has been active in all levels of politics, from advising candidates on the national level to walking door-to-door in city council races. He ran for the United States Congress in 1998.

Recently, Manifest Destiny has been optioned for a movie. Robinson writes a weekly column for The Daily Caller, a DC based political e-zine. He has also written for Shotgun Life magazine and OneNewEngland.com. These columns are regularly featured topics on talk radio shows throughout the country. Rick has been a guest on Sean Hannity’s “Great American Panel.” Robinson uses GuestMatch.com to promote these columns and his books to talk radio.

A graduate of Eastern Kentucky University and Salmon P. Chase College of Law, Rick currently practices law in Ft. Mitchell, Kentucky with the law firm of Graydon Head & Ritchey LLP. Rick, and his wife Linda, live in Ft. Mitchell with their three children, Josh, Zach and MacKenzie. Rick Robinson keeps an extremely active schedule of public appearances, book signings and speeches promoting his books. Evaluations from his workshop panels are always glowing. He is a member of Speakermatch.com which he uses to book speeches.