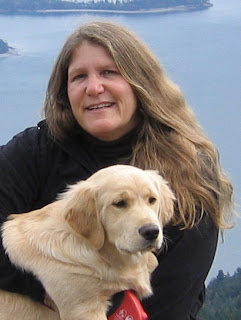 2. Tell me about your travels.
I love southern Mexico. I’ve been to Palenque and the Yucatan Peninsula, and I am totally enchanted with the people, the history, and the natural world there. So enchanted I’ve set two short stories there and my next novel: Mayan December. It’s a beautiful world with underwater caves, stunning coral reefs, mysterious ruins, and very friendly people.

I gained a new favorite this year when I spent six days in Thailand (some business). I think Thailand was so fascinating because of the same things: The people were friendly and happy, and very different from us in the most part. The land is beautiful, and Thailand also has an interesting historical and current culture. The Thai King is the longest-seated monarch in the world right now, and there are pictures of him everywhere in Thailand. I also love the contradictions: I walked down one street in Bangkok and passed Jimmy Choo Shoes and Prada and two Buddhist shrines right on the street with people praying and offering flowers - some wearing their Jimmy Choo shoes and others in monk’s robes or common worker’s clothing.

4. What else can you do besides write?
I lead an information technology department for the City of Kirkland in Washington State. It’s a beautiful city with riverfront parks that offer a great view of the sun setting over the Seattle skyline. I’m also a futurist, although I have to admit that I been putting far less emphasis on that in favor of writing. The recession has meant more work (at work) and so my obsession with the future is the place I’ve given ground to get the most important things done. What I can’t do (and wish I could with all my heart) is sing. So I often write characters that can sing.

5. Who are you reading right now?
I have three kinds of reading that I love.

1. One is fantasy, primarily urban fantasy. This is my entertainment (I don’t watch much TV). Authors I love in urban fantasy include J.A. Pitts, Devon Monk, Ken Scholes, Patricia Briggs, and Seanan McGuire. There are more, but these are the authors whose books get acquired the day they come out and then I sit down and read them.

2. Then there’s what I’ll call “big fantasy” – more relevant to the world we live in now, acts as commentary as well as story. Yes, I read the George R.R. Martin books, and those fit in this category, but two favorite recent finds as authors are N.K. Jemison and Nnedi Okorafor.

3. My absolute favorite reading is science fiction stories and novels that take actual attention to enjoy. While these aren’t the ones I spend the most time on (some days I don’t have any real attention left when I’m done with the “to do” list), they stick with me the longest and I write more in response to them. Vernor Vinge. Paolo Bacigalupi. Nancy Kress. Connie Willis. Karl Schroeder. Ted Chiang.

6. Pop culture or academia?
Both! A writer needs both. I read the New York Times and attend futurist conferences and read blogs and lists that are academic. But the real people that show up in stories are not that at all. They’re at concerts, struggling in the streets, trying to understand the world viscerally (as opposed to in their heads).

8. Where do you find your inspirations to write?
The inspiration for stories comes from everywhere. For example, I now have three novels in my head about Thailand from a single six day trip. The inspiration to write better comes when I read really good fiction. That’s why I’ve enjoyed N.K. Jemison and Nnedi Okorafor I think; they’re brave writers. They push the edges, which makes me want to push my own edges. Also from a long-time friend, Steven Barnes, who I can almost always feel pushing me to be better.

11. What kind of music speaks to you?
Live music. I love watching performers. Some of my favorites are filk singers and others are big-name bands. I love folk and jazz and women’s music and some alternative music. Holly Near. Cris Williamson. Death Cab for Cutie. The Indigo Girls. Janis Ian. I also love soundtracks to musicals like Cabaret and Camelot.

Brenda Cooper is a Seattle-area futurist and writer, and also the CIO for the City of Kirkland. Brenda writes a monthly column for Futurismic called Today’s Tomorrows, and is the author of the Endeavor award winner for 2008: The Silver Ship and the Sea, and of the sequels, Reading the Wind and Wings of Creation. She co-authored Building Harlequin’s Moon with Larry Niven. Her next book is Mayan December, coming from Prime Books in August 2011. See her website at www.brenda-cooper.com and visit The Five Worlds at www.thefiveworlds.com.