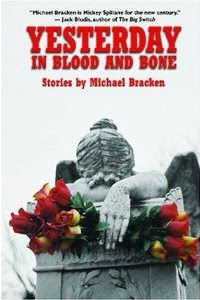 While in high school, a friend and I started publishing a science fiction fanzine—Knights of the Paper Space Ship; the name was ultimately truncated to Knights—and because of Knights I "met" several writers and would-be writers. For example, Charles L. Grant, Thomas F. Monteleone, and Grant Carrington were columnists, and I published work by Robert Bloch, David Gerrold, Larry Niven, Jerry Pournelle, and other writers who were well known or who later became well known within the science fiction genre.

During high school and for some time after high school, my primary goal was to become a science fiction writer, and I submitted regularly to science fiction fanzines, semi-prozines, and professional magazines. I placed short stories and other writing in many of them. But none of my "sales" to that point were to professional publications.

In 1976, after having a handful of stories rejected from Amazing, Asimov’s, and F&SF because they were "juvenile"—that is, they featured children as protagonists—I started submitting my work to children’s magazines. I finally sold "The Magic Stone" to Young World, a young adult publication, and the story was published in November 1978.

I was still a teenager when I made that first professional sale, but it came after years of submission and rejection, years of writing and revising, and years spent learning everything I could about publishing. What I learned is that it doesn’t matter how old you are when you start writing. What matters is how hard you want to be published and how hard you’re willing to work for it.

Michael Bracken is the author of 11 books, including All White Girls, Deadly Campaign, and Tequila Sunrise. More than 800 of his short stories have been published worldwide. His “Dreams Unborn” was named one of The Best American Mystery Stories 2005 and “All My Yesterdays” received a Derringer Award. Bracken edited five crime fiction anthologies whose stories have been short-listed for the Anthony, Derringer, Edgar, and Shamus awards. Bracken served as V.P. of both the Private Eye Writers of America and the Mystery Writers of America’s Southwest chapter. He also belongs to the Horror Writers Association and Science Fiction and Fantasy Writers of America. Bracken received his B.A. in Professional Writing from Baylor University.