Here's how Adrea first got published: 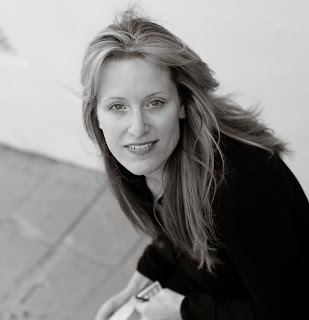 I was in J School (Journalism) and one of our assignments was to cover this giant conference. I was pissed I had to give up a Saturday to go, but being a shameless do-gooder nerd, I went. The first panel I attended was talking about kids and the lack of healthcare in our country. Then one of the panelists says—this is 1992 by the way—“a child is safer in Northern Ireland than in the United States.” I sat up and looked around. No one else was writing it down. I thought, “This has to be in the paper.” I called my prof and gave her my lead. She said call it into to the local paper. They bought it. Viola, I was hooked on seeing my name in print.

Adrea L. Peters graduated valedictorian from the School of Journalism at the University of Colorado with a B.S. in Editorial Writing and was awarded her M.A. in Writing Popular Fiction from Seton Hill University in June 2008. She published an online magazine, Artists Looking Ahead, from 2004-2009 where she shared her passions for photography, health and writers, interviewing best-selling authors such as Tess Gerritsen, Dan Pink and Jodi Picoult. She and fellow Seton Hill graduate, Teffanie White, recently launched an e-publishing company, Pictureless Books, specializing in inspirational alphabets for the Kindle and other e-readers. Ms. Peters lives in Vermont and has just completed the first book in a children’s science fiction series.