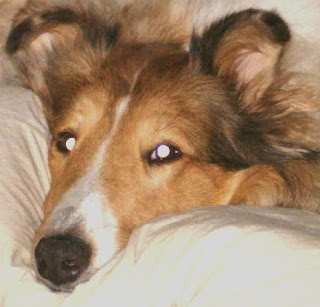 1. Which of your characters is your favorite?
When I started writing the book I’d not planned on having Kebi included. The story was going to be about two people, one, Alison Swanson who works as a test pilot for her father’s aftermarket military weapons company. The other, Sgt. Richard Bosch is a sniper for the US Army.

Then one day while working on the scene where Alison and Richard finally meet, my collie, whose name is also Kebi, came up to me wanting to play. If you’ve ever had a dog you know they couldn’t be denied. As we played I started to remember back on our life together. Kebi would follow me and do as I asked much to the consternation of my spouse. So, when I finally got back to the computer it hit me, why not use a collie as the bonding agent between the two people. This meant that I’d have to go back and either add, delete and/or rewrite different scenes. Kebi not only brings humor into the book but has, without giving away the ending, several important roles in the story.

Many of the behaviors and attitudes of the Kebi in the book are taken from the real life Kebi.

2. Tell me about your travels.
Most of my travels basically consist of driving to and from work. But on the rare occasion I do go to writers conferences. This year I’m only going to the New England Crime Bake in November. I have no idea what next year will bring as far as conference attending goes.

And let’s not forget the travels I take in my mind when writing. Finding the right setting for the story. Target Identified is set between the DC area and Myrtle Beach, SC. Frequently I use Google Earth so I could get a bird's eye view of an area.


3. Coffee, tea, or milk?
That’s easy--coffee. With a strong preference to Starbucks half decaf iced coffee year round.

4. What else can you do besides write?
You mean there’s something else that I can do? When, as now, I’m in a story I’m totally into the story. I almost literally eat, drink and sleep it. If I don’t have a notepad and pen within reach I’ve got my iPhone so I can either type in a note or dictate the note if it’s going to be a long one.

7. What is the toughest scene you ever wrote?
Just thinking about this question is tough. There are so many that were hard, to varying degrees, to write. But two scenes do come to mind. The first is when the villain strangles a person. I really worked at getting the emotions of both characters, especially the victim’s, as close to perfect as I could. The second happens later in the book when Alison has to take a sniper shot to kill someone, something she’s never done before. Not only was it hard getting her emotions on target but the firing solution as correct as possible.

9. Food you could eat everyday.
One of my favorites is salad, but I like to get it from the local grocery store salad bar. Another favorite, if I could afford to buy it, is lobster.

11. What kind of music speaks to you?
You mean there’s more that one kind of music? I thought there was only country. I listen to it all the time. At home, in the car, at work and while writing.

12. Do you outline your stories or do they just take you along for the ride?
This depends on which series I’m writing. With the Target Series they tend to be more story driven. Sometimes I don’t know where the story is going until I get there. I might even slip in a red herring to keep the reader wondering what’s going to happen next and to whom.

With the Emily Dahill, CID series they are more character driven. I know where she or the antagonist will be at any given point. But with both series I’m never quite sure how the story will end until I get there.

14. Who are the biggest influences on your work?
I’m really not sure if there might be one individual who has influenced my writing. I kind of like to think that I write like me. Then I noticed one reviewer on Amazon say and I quote ‘Lindsay has taken elements of three of my favorite authors--mystery from Mary Higgins Clark, romance from Danielle Steele and the humor of Erma Bombeck and combined them into one of the most engaging books I’ve ever read. I can’t wait for the next in the series.’

Until I saw those lines I never really gave my style any thought. I just write how I feel--be it story or character driven. But let me tell you folks, my collies are real characters in more ways than one.

Lindsay Downs lives in Connecticut and is the product of a dysfunctional family. Dad was Navy. Mom Army. If you know anything about the military that’s almost as bad as having one parent in the Army, the other a Marine. Since she never really took to the water, when she started writing her stories tended to have Army slant to them. But that wasn’t enough. She knew that the best stories--don’t forget she writes mystery/thriller and suspense--had to have a little humor in them and since she has a collie, she thought that including one in the story would be the perfect foil. So that’s how, in this case, Dakota, a tri-color rough collie, and Emily ended up together. One smart. One smarter. Some of Dakota’s personality comes from the collie that owns Lindsay. Her novel Target Identified is available from Smashwords and Amazon. Visit her online at Murders and Mysteries and her website: www.lindsaydowns.com 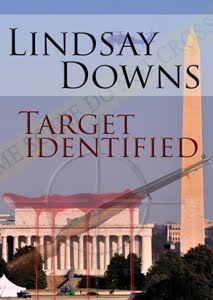 Target Identified
The body count continues to rise. Unexplained stock transfers persist. Is there any connection between the two, or is it coincidence?

Ezra Swanson receives a mysterious note. Far more cryptic than the one he’d received the year before. On the anniversary of her brothers funeral Alison Swanson observes a soldier place something by his headstone. Could this person hold a clue to what’s been going on, or is he the stranger she’d met twice before? When she returns to Myrtle Beach, Sergeant Richard Bosch, the soldier from the funeral, is also staying there along with his collie. Alison and Richard return to her parents’ home in DC only to find someone has kidnapped her father. During their attempts to rescue her father, Alison and Richard confront a possible suspect, Shane Goodrich. Unfortunately, he has the perfect alibi. Richard is captured when he sets out, with the help of several special ops friends, to rescue her father. Now it falls on Alison, her feminine logic and planning to save not only her father but also Richard. Identified and cornered will the perpetrator of the murders, kidnapping and stock thefts escape; or will they get what is coming to them? 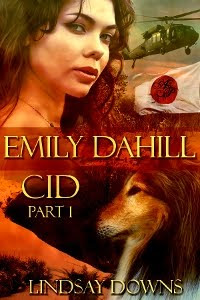 Final Mission-After being seriously wounded in a copter crash in Iraq Sgt. Emily Dahill meets her new partner as she embarks on her new Army career as a CID agent. Who could this new partner be?

A Body in the Snow-Emily and her partner, Dakota, cross bullets with their most determined foe. Who will survive?

Right Place, Wrong Day-On leave to hang with friends Emily gets the surprise of her life.

Dog on Fishing-When it comes to knowing how to fish, and catch the big ones, never underestimate your partner. He might surprise you.
author interviews heidi ruby miller heidi's pick six lindsay downs target identified