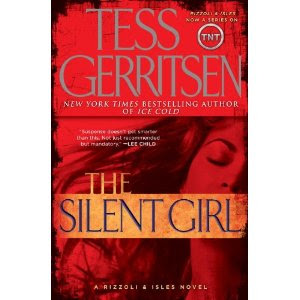 Tess Gerritsen took an unusual route to a writing career. A graduate of Stanford University, Tess went on to medical school at the University of California, San Francisco, where she was awarded her M.D.

While on maternity leave from her work as a physician, she began to write fiction. In 1987, her first novel was published. Call After Midnight, a romantic thriller, was followed by eight more romantic suspense novels. She also wrote a screenplay, "Adrift," which aired as a 1993 CBS Movie of the Week starring Kate Jackson.

Her books have been top-5 bestsellers in the United States and abroad. She has received the Nero Wolfe Award (for Vanish) and the Rita Award (for The Surgeon) and was a finalist for the Edgar award (for Vanish.)

Now retired from medicine, she writes full time. She lives in Maine.

Tess is a contributor to Many Genres, One Craft: Lessons in Writing Popular Fiction, a writing guide edited by Michael A. Arnzen and Heidi Ruby Miller and based on the Seton Hill University Writing Popular Fiction graduate program.
author interviews heidi ruby miller many genres one craft paths to publication rizzoli and isles seton hill university tess gerritsen