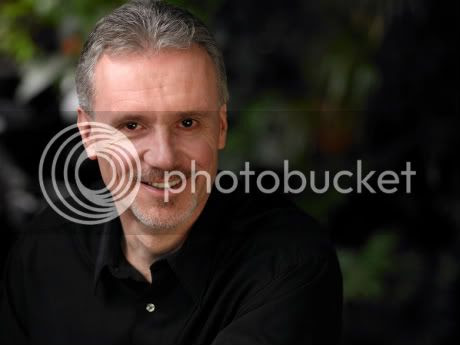 1. Which of your characters is your favorite?
That's a tough one. I can't write a story until I feel that I really understand the main characters in the story, especially what they need in their lives and what drives them. So by the time I've written a story, I feel that I know each of the characters. Which makes it hard to pick a favourite. It's like picking a favourite among your children. I'll name a few candidates. Gwyn Blaidd from my short story "Spirit Dance" and Jason Trelayne from "Scream Angel." Both stories won the Aurora Award. Gwyn reappears as the main protagonist in my recently finished novel, so he must have had an appeal to me to want to spend more time with him. Asai and Sawako, the two lovers from "The Red Bird," and Maroch, Laure, and Elise, the lovers (it's complicated) from "Bouquet of Flowers in a Vase, by van Gogh." And of course, Bishop, The Last Dead Man, and Mary from "Memories of the Dead Man." Bishop is the protagonist of another planned novel, and that story was a way of getting to know him through Mary's eyes. All of these stories are available in my two collections, Chimerascope and Impossibilia, or as separate ebooks at http://www.smashwords.com/profile/view/DouglasSmith

2. Tell me about your travels.
3. Coffee, tea, or milk?
4. What else can you do besides write?
5. Who are you reading right now?
6. Pop culture or academia?
7. What is the toughest scene you ever wrote?
8. Where do you find your inspirations to write?
9. Food you could eat everyday.

10. Are you into sports or other physical activities?
I enjoy cycling. Toronto is a great city for a cyclist (once the snow disappears), with miles of beautiful trails through the Humber or Don river valleys, or along the lakefront. I used to ride a road bike, then switched to a mountain bike and did some off-road trail riding for a while. This year, I've switched to a hybrid, and I'm riding in the Ride to Conquer Cancer, which is ~213 km (130+ miles) over two days, riding (along with about 5,000 other riders) from the CNE grounds in Toronto to Niagara Falls, ending up right beside the Falls at the end. Or at least that's the plan--I've just had arthroscopic surgery on my right knee, so I'm hoping I'll be able to get back to training soon. The ride is June 12-13, and I've raised just over $4,000 so far. If anyone is interested, you can donate to my ride here: http://www.conquercancer.ca/site/TR/Events/Toronto2011?px=2626025&pg=personal&fr_id=1361

11. What kind of music speaks to you?
Hard rock for pleasure, classical when I'm writing. Springsteen is my music god. I love all the classic rock bands: Stones, Zeppelin, AC/DC, the Doors, David Bowie, and the Moody Blues were (are) some of my favourites. Canadian bands like Tragically Hip, Arcade Fire, Broken Social Scene, Metric. But the Boss is my all time favourite. He's an amazing storyteller. I love his ballads. He tells stories through real characters, everyday people struggling with whatever life has thrown at them. What I love is that his characters always have this attitude of defiance and hope despite the odds against them. So many of his songs just speak to me of the bigger stories behind the ones that he just gets to hint at in just a few lines. I've written some stories based on or inspired by his songs, and there are more that I want to write. Someday I’d love to put out a collection of all my Springsteen-inspired stories. My dream would be to get his endorsement, include some lyrics of the songs to intro each story, and have all the proceeds go to his favourite charity. It’ll probably never happen, but I’ll keep writing the stories—because I’d do that anyway.

But when I'm writing, I can't have any music with lyrics playing, or generally any strong emotional flavour. So when I write, I tend to have baroque or chamber music playing. Vivaldi is a favourite when I'm writing. It's there. It's stimulating intellectually but I can put it into the background and focus on words without it competing for that part of my brain.

12. Do you outline your stories or do they just take you along for the ride?
I generally will always have an outline. For short stories, this tends to be just in my head, although I might at least have worked out the list of scenes that I will need. I also generally do not write any story, even a short one, from start to end in sequence. A lot of my stories have begun with me writing the closing scene first. I like it when that happens--it gives me a clear target to aim at for the rest of the story. Sometimes the ending changes, sometimes not. But it's a rare story that I write in the same order a reader will consume it.

With novels, I work from character outlines first before I do any work on the plot. I need to know my characters well enough that the choices they will make at each plot turn will be clear and obvious to them (and so to me). For my first novel, I then had a detailed scene list.

14. Who are the biggest influences on your work?
Roger Zelazny is probably my all-time favourite SF&F writer. I don't think I write like him, but I'm sure there is an influence there somehow. Ray Bradbury was another favourite of mine, and I still greatly admire his short fiction. Hemingway was an eye-opener for me when I discovered him, in terms of a wonderfully lean prose style that communicated as much by what he left out as what he put in. Other writers that I enjoy (but have no idea if they influence my own writing) include Charles de Lint, Neil Gaiman, and Tim Powers.

But I also see a *lot* of movies, and I think they influence my writing style as much as anything. And I'm a huge fan of anything from Joss Whedon, but especially Buffy. Still the most brilliant piece of creativity to ever hit TV. I love watching the eps on the DVD where Joss provides commentary. They're like a writing workshop.

15. Do you still watch cartoons?
Definitely. Family Guy and American Dad, but I also have the DVD collections of the old Bugs Bunny and Looney Tunes classics. Bugs is my all-time fave cartoon character.

Douglas Smith is an award-winning Canadian author of speculative fiction, whose stories have appeared in over a hundred professional magazines and anthologies and twenty-four languages around the world, including InterZone, Amazing Stories, Cicada, Baen's Universe, Weird Tales, The Mammoth Book of Best New Horror, Postscripts, On Spec, and The Third Alternative, as well as anthologies from Penguin/Roc, DAW, and others.

His newest collection, Chimerascope, including an Aurora winner, a Best New Horror selection, and nine Aurora finalists, is available from ChiZine Publications. His first collection of short fiction, Impossibilia, is available from the award-winning UK press, PS Publishing. A complete list of Doug's published fiction is available here along with reviews of his stories. 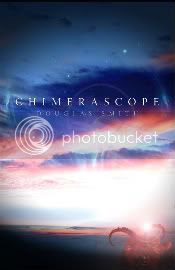 Doug was a finalist for the international John W. Campbell Award for best new writer, and has twice won the Canadian Aurora Award. He's been an Aurora finalist seventeen times and has several honourable mentions in The Year's Best Fantasy & Horror. You can check out a complete list of his award history here.
An independent film based on his story "By Her Hand, She Draws You Down" toured festivals in 2010, winning several awards. Doug recently completed his first novel, based on his award-winning short story, "Spirit Dance."
author interviews chimerascope douglas smith heidi ruby miller heidi's pick six