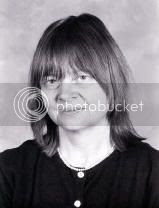 2. Tell me about your travels.
I've always loved traveling, even as a child, and often do so in unconventional ways. When I was in college in the late seventies, I spent a summer backpacking through Europe with a friend and then spent four months the next year traveling alone through England, Ireland and Wales on a bicycle. A man I met on the first trip, while waiting in the standing room line at the Vienna Opera House, was the one who inspired me to travel by bicycle. He had been had been doing that and absolutely everything had gone wrong. His bike had been stolen in Italy and he was going to have to return home early because he had run out of money. His clothes were completely tattered. He asked me and my companion to stand behind him while entering the opera house so that no one could see the holes in the backside of his pants. I listened to his tale and realized that while nothing had gone quite right, he was still having a wonderful time. That's when I became brave enough to try something similar the next year. Lately I've been going on hiking trips, including the Inca Trail to Machu Picchu, the Cappadocia area in Turkey, and inn-to-inn walks in the Austrian and Swiss Alps. This year I have plans to hike along the Amalfi Coast in Italy. The older I get, the more I want to see of the world, and for some reason I feel compelled to do it on foot.

5. Who are you reading right now?
I just finished A Thousand Splendid Suns by Khaled Hosseini. I especially like work by international writers and find fiction an especially inviting way of learning about other cultures. Maybe it has something to do with my love of travel. Reading international work is like traveling through words.

8. Where do you find your inspirations to write?
All around me. I take details from interesting people I meet and conversations I have, mix them together, and let my imagination take off from there. Most of my characters are based on composites of people I've met. One of my all time favorite characters is a woman I created who was based on a combination of my father's personality and one of my favorite horses.

10. Are you into sports or other physical activities?
I love horses, hiking and biking. I live on ten acres with my three horses, one of which I foaled myself, and another that I raised from a two-year-old. I'm often conflicted because morning is my favorite time to ride and write. Riding always seems to win. My horses have been making their way into my writing more and more. In fact, every book I've written has a horse in it somewhere. There's a scene in The Tapestry Baby that describes the birth of a foal and the details were all taken from the experience of watching my own foal being born. I spent three weeks sleeping in my own barn so that I wouldn't miss it.

11. What kind of music speaks to you?
I enjoy many different types of music, everything from pop to classical. I've always liked the liveliness of Celtic music and several years ago I joined a Scottish Country Dance group. Several times a year I go to a ball where live music is played. There is nothing like the experience of dancing to live bagpipes!

12. Do you outline your stories or do they just take you along for the ride?
I never outline. I always have an ending in mind--I at least have to have a general direction before I can start--but it rarely ends up being the ending I actually find myself reaching. The characters always end up changing things as I go. By the time I reach the new ending, the beginning usually no long fits and so I start from the beginning again, refining everything as I go along.

A creative writing professor at California University of Pennsylvania, Carole Waterhouse is the author of two novels, The Tapestry Baby and Without Wings, and a collection of short stories, The Paradise Ranch. 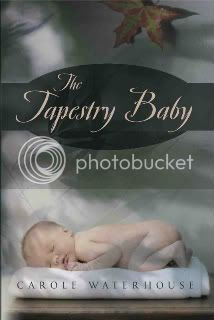 A previous newspaper reporter, she has published essays in an anthology, Horse Crazy: Women and the Horses They Love, and Equus Spirit Magazine. Her book reviews have appeared in The Pittsburgh Post-Gazette, The Pittsburgh Press, and The New York Times Book Review. Visit her online at her website: http://www.carolewaterhouse.com and her blog: http://carolewaterhouse.wordpress.com.
Posted by Heidi Ruby Miller at 9:41 AM