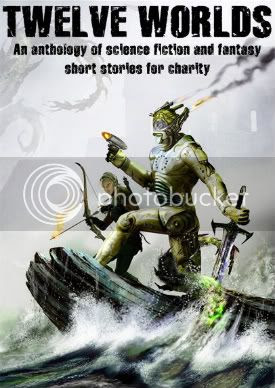 1. Which of your characters is your favorite?
It's funny, I love to ask readers who their favorite character is, but I'm not so sure I have an answer myself. I think I have strong characters and I've done pretty well with them. I have tried to put new personalities on traditional archetypes and create characters who are unique yet instantly recognizable, in a word, "iconic". I can single out one character who demonstrates this process the most clearly, and that is Alexander Mar'Cathy. He IS the Charming Scoundrel, but he is not Han Solo or Jack Sparrow. His closest cousin is probably Mat Cauthon, but even there the differences are more than cosmetic.

2. Tell me about your travels.
I do love to travel. I have to admit that one of the things I look forward to in the author's life is going to conventions, conferences, forums, and book signings, as well as being able to largely make my own schedule for recreational travels and vacations. I dream of my first appearance at Comic Con as a guest. I once had a job that required some travel; I went to Pennsylvania and Tennessee, where I saw some beautiful scenery. I went to Dallas once to visit some friends. I want to see California and Florida someday, and maybe tour the Pacific Northwest. Milwaukee and Columbus are two great towns in the Midwest, but my favorite place so far is Chicago. And that's just in the US. If money were no object, I'd like to spend a year in Europe.

8. Where do you find your inspirations to write?
Music is a big one. Sometimes real people, events or situations give me ideas or inform my efforts to add verisimilitude. For example, Bruce Payne, with his singular ability to mix camp with menace, helped to inspire the villain Der'aevis. I don't often “cast” characters like that, but in that case it was hard not to. Other than that it's hard to say, as I think much of my process occurs on a subconscious level. Often, a character, a scene, or a solution to a problem just comes to me. Sometimes the characters are so well developed in my mind that they inspire me. At this point I know what they would say or do in pretty much any situation. As for the impetus to write in the first place? I don't really know where that comes from, and I can't remember a time when I didn't have it. I don't even remember learning to read, just that I already knew how before kindergarten.

11. What kind of music speaks to you?
Music is very important to me. I have widely varied tastes and I follow several musicians and bands. Recently I've liked KT Tunstall's “Tiger Suit”, the self titled album from Grace Potter and the Nocturnals and “Suburbs” by Arcade Fire. I'm glad it won the Grammy. My favorite song is “Paper Bag” by Fiona Apple, who has a new album coming out in a few months. Henry Rollins helps me deal with anger and frustration. I like to discover new artists, especially when they are as fantastically talented as Annie Reese of a Chicago band called Rock Falls. I am passionate about what I do and don't like. I love concerts both big and small. Music inspires me and intersects with my writing. In my mind I sometimes connect specific songs with specific scenes. The “soundtrack” of Violet Skies is half Evanescence, but also includes Anastacia and even Kelly Clarkson. When I'm in a position to negotiate with the networks, I very much want to do a sitcom/drama TV series in a cinematic style that will feature pop music prominently.

12. Do you outline your stories or do they just take you along for the ride?
I take notes, some of which are public on my blog, but I don't outline. I create the best characters that I can and I put them in an interesting setting and situation, then I watch it all unfold. The major players set things into motion, other characters react, and it just snowballs from there. I know the major plot events (sometimes months or even years) in advance, but I don't know the details of a chapter or scene until I actually sit down and write it. I wrote a chapter of the second book that started out as almost a blank slate but ended up having a nice flow and structure to it. I think it's some of my best work so far. I usually know how things are going to turn out, because I know the characters and the larger situation so well, but there have been surprises. In particular, Olbinaar turned out to have a much greater capacity for duplicity and cynicism than I had thought when I first created the character years ago. I love that this story can still surprise me, and I hope that means it can surprise the readers as well.

14. Who are the biggest influences on your work?
I read Frank Herbert's entire Dune series at a young age, as well as most of what Orson Scott Card published back then. While they helped me to realize that I wanted to write, the single most direct influence on my writing style itself is Robert Jordan. My prose is definitely more sparse than his, but from what I understand that is not unusual for YA books. George R.R. Martin has also had a lot of impact on me, and I've picked up a few techniques from him as well. For example, I often use action to attribute dialog, and I learned that from Martin.

Edward L. Cote (born 1975) lives in Lawrence, Kansas, where he went to college. He likes restaurants, bookstores, concerts and coffee shops and has many varied interests ranging from music to board games to politics. He learned to read before kindergarten and has been writing for many years.

Edward is publishing his first book in late May. It's a fantasy YA novella titled Violet Skies, the first volume in a series also called Violet Skies. The story features a female protagonist and several other compelling, iconic characters in a unique setting. It is a coming of age tale and a treatise on the use of power. He just started raising funds on Kickstarter (http://www.kickstarter.com/projects/edwardlcote/my-first-book-violet-skies-a-ya-fantasy-novella) to cover publishing expenses, chiefly a professional cover. You can find samples of his writing on his blog http://www.EdwardLCote.blogspot.com or in the Twelve Worlds Anthology for Charity: http://www.amazon.com/science-fiction-fantasy-anthology-ebook/dp/B004WT7OSQ which is itself a great deal, $2.99 for about 80,000 words of fiction, and the author royalties go to Reading is Fundamental.
author interviews edward l cote heidi ruby miller heidi's pick six twelve worlds