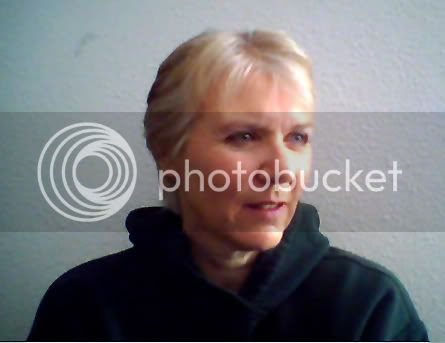 1. Which of your characters is your favorite?
Sometimes the secondary characters are as much or more fun than the protaganist, and sometimes they teach you more about writing. I have a novel upcoming, "The Mask of God," with a bodyguard named Grays who taught me a great deal about characterization. He is dangerous, utterly loyal, suspicious, funny, with a devil's grin and an in-your-face attitude toward death. Nobody budges him off his chosen mark, and when he loses the one person he has sworn to protect, he goes nearly mad, and what he does then is even more interesting. His interaction with one of the other main characters is complex, and between the two of them they add many layers of depth to the relationships swirling around the central figure.

2. Tell me about your travels.
I won a first-class cruise from Los Angeles through the Panama Canal to Puerto Rico once, stopping at a dozen points along the way. That was fun. I've been all over the US and western Canada. I lived in Germany for six years in the military and we spent every weekend exploring castles and driving out every back road we could find. Spent two weeks driving around Spain once, and a lot of time in France. Mostly we would point at someplace on the map, point the truck down the road, and enjoy whatever we found on the way.

4. What else can you do besides write?
Well, lessee, I did calligraphy professionally way back when. Had my own shop and everything. I have had horses literally for as long as I can remember, and I've done everything from riding some truly execrable trails in the high-up wilderness of my native state (Washington) to 3-day eventing. I even taught one to joust, and I've been a riding instructor and involved with the United States Pony Clubs. Mostly I ride dressage these days. I used to draw and paint and do a lot of handwork like cross-stitch and embroidery but I don't have time for that now. Between the horses and the writing I'm pretty busy.

11. What kind of music speaks to you?
Classical, Celtic, soundtracks, very old folk songs. . . I like music you can sing to and music you can listen to. I wrote a lot of stuff accompanied by Beethoven and Tchaikovsky, and just as much with Babylon 5 or Absaroka Farewell (from Ken Burns' Civil War series) or Gettysburg playing in my office. I have a pretty extensive soundtrack collection, and a CD of toe-tapping colonial music I just love. I also adore the soundtrack to Wicked, which I saw in London and would love to see again.

12. Do you outline your stories or do they just take you along for the ride?
My muse would scream and throw things if I chained her to an outline. I am a seat-of-the-pants writer. I love going along for the ride with my characters. I think it is the challenge of the intellectual exercise as much as it is the creativity, for my fingers type something completely weird that my subconscious then has to spin into the plot. It works, just don't ask me how.

14. Who are the biggest influences on your work?
I read a LOT when I was a kid, mostly historical fiction, military fiction, and fantasy/SF. I loved Rosemary Sutcliff's young adult novels, because they were beautiful and never, ever juvenile. I really like Patricia McKillip's lyrical writing style, and CJ Cherryh's ability to carry you breathlessly through a tale while building a complex and completely believable world. If I could write like them, I would be happy. I like good writing and good stories. With too many books you get one or the other but not both. I try...

S. A Bolich is a fulltime freelancer with a number of published fantasy stories as well as many nonfiction articles in print and on the web, covering a wide variety of subjects from horsemanship to travel (usually with an historical slant) to the state of Flash web design. A native of Washington state, she resides there again after serving six years in Germany as a regular army military intelligence officer. She graduated summa cum laude from college with a degree in history, which she confesses was greatly aided by devouring historical fiction of every era and kind through her formative years. Since then she has taught web design, trained horses, spent a few hectic and thoroughly enjoyable years volunteering with the United States Pony Clubs (kids and horses, oh, my!), worked in global marketing and project management, and finally managed a long-overdue escape from the corporate world to write.

Her first published short story earned an honorable mention in The Year's Best Fantasy and Horror; other stories have earned honorable mentions from Writers of the Future and 5th place in the Preditors and Editors online poll for best fantasy short (2009). She is currently eligible for the John W. Campbell Award for best new writer in science fiction or fantasy.

She is working on an alternate series using an unexplored explanation of what really happened in Salem, Massachusetts in 1692, while readying a high-fantasy trilogy for publication with Auriga Press. She has stories upcoming in Defending the Future IV: No Man’s Land (May 2011), the Wolfsongs II anthology (Spring 2011), Tales of Moreauvia (2011), and Witches and Pagans (2012). You can find some of her previous work in: