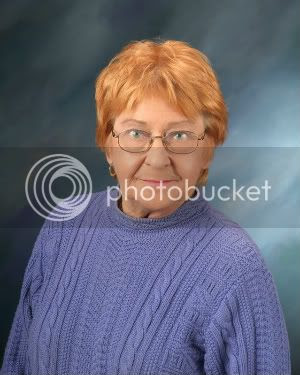 1. Which of your characters is your favorite?
That would be Jemma, the heroine of JEMMA7729, my sci fi novel from EDGE. I like her because she’s smart, careful, and fearless—all the while standing up to a deadly and overwhelming foe: her own government. Jemma is a loving person, but she’s willing to put herself at risk for the “greater good,” which in her case is to fight the despots who have taken over North America a couple of centuries hence. It’s not a romance, but Jemma is in love with a great guy and that’s part of her character. She has a cat named Fred. She refuses to give up her dreams, no matter what happens. I’d like to BE her.

2. Tell me about your travels.
I’ve been all over the USA, and appreciate the wonder and beauty of this country. I love Eastern woodlands with water—the diversity and the birdsong and the loveliness of a slow-moving stream. I like to fish.

Favorite other places: India! I was there for five weeks and spent the whole time in a glorious state of appreciation and euphoria—of the colors, the culture, the people, the smells (not all good), the resilience and the beauty of this vast place. Special wonders: the Taj Mahal, which must be the most subtle building in the world; the Delhi Zoo and a private (unauthorized) visit to a remote building housing the mating tigers. The male started a low but fierce growling the minute my friend and I entered and every hair on our bodies stood up. An experience of utter and uncontrollable terror. And a moment of great beauty.

I also have enjoyed the UK on five different occasions. It’s always fun to rub elbows with the Brits—they are such amusing and spiky companions. But all the places I’ve been were exciting: Scotland (especially crazy Glasgow), Norway, Mexico, Canada, Ireland, Monaco, and not least—Rome, which is so deeply moving. I spent hours in the Forum dreaming of another time.

3. Coffee, tea, or milk?
I drink all three, but most heavily: COFFEE!! I’ve just finished a new novel, a thriller, and when I did my last read-through I couldn’t count how many cups of coffee my characters were drinking. I guess I feel that Americans meet and talk over coffee, for certainly I have most of my life.

I like Irish breakfast tea and green tea. I’m a life-long milk drinker.

4. What else can you do besides write?
I teach History of the Theatre and Cultural History at The Boston Conservatory. I was a professional actress in NYC a long time ago, and I still work in theatre. It’s a passion one never gives up. Besides that, I’m an avid bird watcher, an enthusiastic but not particularly successful gardener, and I’m the President of Broad Universe, the non-profit organization supporting and encouraging women writers of genre fiction.

7. What is the toughest scene you ever wrote?
The opening paragraph of JEMMA7729! I had the idea for the story and over months tried to write it. I would get two sentences and give it up. Weeks later, maybe a paragraph or two would come. They sucked. This went on for a long time until one morning Jemma walked into the room and started talking. What she said is still the first sentence in the novel. That was when I learned I need the characters first, and I’ve used that technique ever since.

12. Do you outline your stories or do they just take you along for the ride?
No outline, but always a story line of some sort. It IS a ride, however. I don’t always know when I start where I’m going to end. The characters come first. I feel them, see them, hear them. They start talking and I start writing.

The story I just wrote for the anthology NO MAN’S LAND has a heroine who’s essentially a garbage collector—a specialist in gathering up space junk for the Targus Navy. That one came out of my intense interest in all those bits and pieces of stuff orbiting us, including the glove that floated away from the Gemini 4 crew. What if—good grief—at the speed they’re going, a paint speck could bring down a satellite.

And thanks for listening!

Phoebe Wray has been writing since she could write, and was telling stories before then, much encouraged by her family. Her early dream was to be a newspaper reporter, especially a foreign correspondent. She started to pursue that but instead ran away with the circus, so to speak, and became a stand-up comic. From there she went into the theatre, studying and working, eventually also writing plays and songs and directing. But she didn’t stop writing. She had poems published, did theatre reviews, and still keeps a journal.

Phoebe currently lives in Ayer, Massachusetts. Her novel JEMMA7729 is available from EDGE. 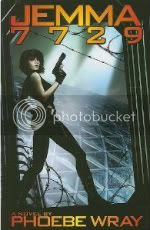