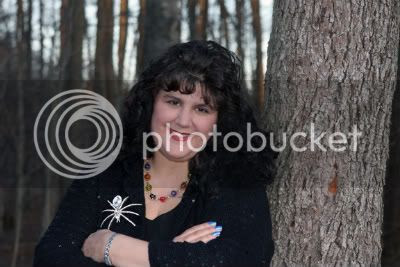 3. Coffee, tea, or milk?
Coffee in the morning while it’s still dark outside – perhaps until the sun creeps over the horizon – maybe a little longer in the winter when it’s cold.

Anytime after that: a tall, sweating glass of iced tea, light on the sugar, double lemon.

5. Who are you reading right now?
I always read more than one book at a time. The current fiction lineup
is:

Jeri Smith-Ready’s Bad to the Bone, the 2nd in a series about vampire
Djs. I couldn’t put down Wicked Game, the first in the series. Bad
to the Bone is just as good.

Jane Langton’s The Deserter, a murder mystery that takes place in Gettysburg. I enjoy reading anything about the Civil War: fiction and non-fiction.

(The challenge started as a 100-classics read-off, for those that feltwe missed a lot of the classics, but also includes great literature, or genre classics, too. Anyone can join. The Web site is here: http://fillinthegaps100.blogspot.com

7. What is the toughest scene you ever wrote?
I’m editing it now: a scene where the leader of a magical, religious order is teaching an unwilling pupil that she has the divine power to wield magic.

I’ve re-written it several times already, switching the point of view from teacher to pupil and back again.

The pupil is the main character of the book, but the leader of the order is most affected by what’s happening in the scene. (She learns that the pupil’s divine-given power is much stronger than her own, and feels threatened by this information.)

I’m torn because I want the main character to stay in the limelight, but keep falling back on Sol Stein’s advice about writing the scene in the most-affected character’s POV.

8. Where do you find your inspirations to write?
Everywhere: driving down the road, seemingly mundane conversations with folks, headlines in the newspaper. It’s amazing how much there is to write about in the here-and-now that can fit into any time period and genre. It’s all a matter of thinking about it in the right way.

12. Do you outline your stories or do they just take you along for the ride?
I like to outline, but I don’t do so much that it sucks the joy out of writing. I like to know the broad strokes of the story and a few key scenes before I sit down to write. This ensures that I can stay on track and don’t go wandering off on an unusable tangent. It also saves me the trouble of facing a blank page every day: if I know what I want to say, the page doesn’t stay blank for long.

15. Do you still watch cartoons?
Yes! I like classic Looney Tunes, Steven Spielburg’s Animaniacs and ReBoot, a Canadian CGI-animated series that aired probably a decade ago. ReBoot tickles my GeekGirl side, and like any good story, there’s a lot more going on in each episode than what’s on the surface.

Kelly A. Harmon used to write truthful, honest stories about authors and thespians, senators and statesmen, movie stars and murderers. Now she writes lies, which is infinitely more satisfying, but lacks the convenience of doorstep delivery, especially on rainy days.

She has published short fiction in several anthologies including Black Dragon, White Dragon; Triangulation: Dark Glass; Bad Ass Fairies 3: In All Their Glory; Hellbore and Rue; and the forthcoming, Magicking in Traffic. Her story “Lies” was short-listed for 2008 Aeon Award.

Her award-winning novella, Blood Soup, is available from Eternal Press and Amazon.

Ms. Harmon is a former magazine and newspaper reporter and editor. She has published articles at SciFi Weekly, eArticles, and magazines and newspapers up and down the East Coast and abroad.