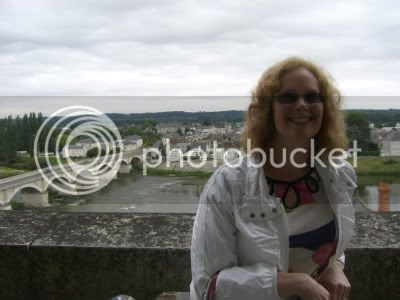 1. Which of your characters is your favorite?
I'm pretty fond of Anthony DeLuca, the put-upon mall cop in my story "The Vampire Escalator of the Passaic Promenade" (New Blood, Padwolf Press, 2011). He's just a regular guy who isn't thrown when the supernatural rears its head in a mundane setting; just steps up and does what's necessary. I like characters who take charge, even if they don't have any formal power or prestige.

3. Coffee, tea, or milk?
Tea. Specifically tall, soy, no-water Chai tea lattes from Starbucks. I call them my crack, I'm so hooked on them!

5. Who are you reading right now?
An advanced copy of C.J. Henderson's Central Park Knight. It's good to be a magazine publisher; you get to see the "goodies" early!

6. Pop culture or academia?
Mostly pop culture, but a little academia thrown in. I like to say I'm a master of useless information -- I've won more than a few trivia contests!

12. Do you outline your stories or do they just take you along for the ride?
They pretty much take me along for the ride, at least during the first draft. I usually try to jot down some sort of outline after that, so I can keep track of characters and their traits, key plot occurrences, timelines, etc. But there's nothing like typing scene after scene as fast as I can, because I want to find out what happens next and how my characters will "decide" to handle things.

15. Do you still watch cartoons?
I'm a huge South Park fan. I also watch Family Guy and The Simpsons. When my daughter was younger, I had an excuse to enjoy things like Spongebob Squarepants, but now I'm a little too embarrassed to watch it on my own! 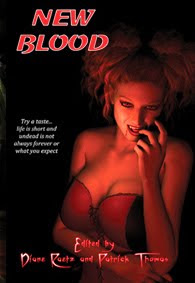 Hildy Silverman is the publisher of Space and Time, a 4-decade-old magazine featuring fantasy, horror, and science fiction. She is also the author of several works of short fiction, including "Damned Inspiration" (2009, Bad-Ass Fairies, Mundania Press), "Uddereek" (2010, In All Their Glory, Mundania Press), "Off-the-Wagon Dragon" (2010, Dragon's Lure, DarkQuest Books). "The Vampire Escalator of the Passaic Promenade" (2010, New Blood, Padwolf Press),"The Darren" (2009, Witch Way to the Mall?, Baen Books), and "Sappy Meals" (2010, Fangs for the Mammaries, Baen Books). She is the Vice President of the Garden State Horror Writers and member of the literary programming committee for Philcon. In the "real" world, she is a freelance consultant who develops corporate training and marketing communications materials.
author interviews heidi ruby miller heidi's pick six hildy silverman space and time magazine