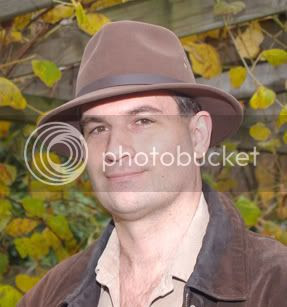 1. Which of your characters is your favorite?
That is difficult to say, but one of my recent favorites is in the horror novel I am currently writing, called CANIS DIRUS. Set in Yellowstone National Park during a mid-winter blizzard, there is a mountain man of mysterious origins who had appeared so infrequently that he was little more than a myth to most of the rangers. But the veteran rangers knew he was out there, wandering the wilderness: an old Eskimo standing at a height of nearly seven feet with long tangled gray hair and a very bad attitude. What they would discover is the horrible truth about his distant past as a secret agent for the CIA, and the mission in Russia that ultimately drove him into exile. Fortunately for the group of rangers and tourists trapped by a killer storm in Mammoth Hot Springs, Wyoming, Falcon emerges from the whiteout and joins them in a struggle against a inexplicable evil that stalks and slaughters them relentlessly. A survivalist with superior combat skills, Falcon is a vital asset to their survival against this vicious supernatural foe, and yet he hates them and has no interest in their protection. He is only involved for personal reasons, to fight this unstoppable monster that he himself may have unwittingly unleashed. Antiheroes are always fun to write!

4. What else can you do besides write?
I’m an online operations professional. Some of my articles on that subject can be found on Ad Monsters: http://www.admonsters.com/blog/online-ad-operations-properly-defined-and-how-staff-part-1. In my free time I research the Haviland / de Havilland genealogy and its intersecting families. I have some mild computer technical background, such as VBA programming, and I can build databases with MS Access and SQL Server, and I design my own web sites. I also have videography and video editing experience.

8. Where do you find your inspirations to write?
Movies, a few TV dramas, documentaries, novels, and sometimes nonfiction books. My ideas are not based on what I see or read, but are rather side-effects triggered by assimilating a lot of mass media. I have a surplus of ideas. Actually writing them sometimes requires brute force and a highly disciplined schedule that must be wrapped around professional work and raising three young boys.

11. What kind of music speaks to you?
Usually movie scores. I currently listen to a lot of Hans Zimmer, and traditionally I have listened to the most well known composers: John Williams, Jerry Goldsmith, John Barry, John Carpenter, Tangerine Dream, and James Horner. I find that any music that has singing is too distracting. Movie scores can serve as background music that helps me weave my scenes.

12. Do you outline your stories or do they just take you along for the ride?
A little of both, and it depends on the project. Some projects have to be outlined first or I just can’t visualize the sequence of events correctly, especially if I’m already clear how I want it to end. Others require that I just start writing narrative, because the end is a little fuzzier and I can’t see into the “future” otherwise. The plot tends to fall into place as the narrative does. The danger with that is that you can write yourself into corners with no reasonable way out. There are different schools of thought on the subject. Terry Brooks is strong on outlining, whereas Ben Bova never outlines. There is no right or wrong, only the way that works for you. But I have found that it’s safer to outline if you have deadlines to meet. I wrote a feature screenplay in seven days only because I outlined first.

14. Who are the biggest influences on your work?
Isaac Asimov, Ray Bradbury, Jack London, H.G. Wells, J.R.R. Tolkien, Frank Herbert, and even George Lucas. The release of Star Wars when I was twelve years old in 1977 launched my writing career. Prior to that I never wrote stories of any kind, and had no interest in doing so.

Christopher Sirmons Haviland, usually published as
C.S. Haviland, has a Bachelor's degree in Radio / TV / Film from the University of North Texas (1988). He co-produced an award winning feature film THE FIRST OF MAY in 1997, starring Julie Harris, Dan Byrd, Charles Nelson Reilly, Mickey Rooney, and the late Joe DiMaggio, which appeared in foreign theatrical markets, then on HBO worldwide, and is now on DVD. 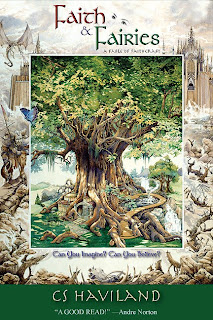 Mr. Haviland's screenplay HARMLESS, based on the true story of the murder of an eight-year old little girl in 1969 and the capture of her predator, was a QuarterFinalist in the Zoetrope Screenwriting Contest (judged by Francis Ford Coppola), and his science fiction screenplay CODE & CHEMISTRY was a SemiFinalist in the Chesterfield Writer's Film Project.

MidWest Book Review has said, "Haviland is in the class of L. Frank Baum, Terry Brooks, or Stephen Donaldson..."

Mr. Haviland regularly works in the internet business and was involved in the startups that eventually became About.com and Mail.com, and he's a highly sought twelve-year veteran in online advertising operations.

He lives in Massachusetts with his wife Sara and three young boys: Forest, Sky and River.
Posted by Heidi Ruby Miller at 9:13 AM