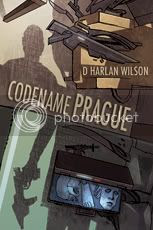 Here’s an abridged version of my path to publication . . . I started out writing poetry in college. I never wrote anything before that, but I took a poetry course that turned me on to it. This was around 1990 at Wittenberg University in Ohio. Of course, nothing I wrote was good, and I didn’t submit anything for publication, although I had aspirations for publication. I kept at it and after college I managed to place a few poems here and there, mostly in small press magazines and journals. Then, for whatever reason, I thought I’d start writing novels. I don’t remember why, or where I found the audacity. I wrote three novels, bad ones, but I didn’t think they were bad at the time. And yet I never submitted them for publication. Then, in grad school, at the University of Massachusetts-Boston, I took a fiction writing course and started writing short stories. I abandoned novels for the next ten or so years and focused on the short form to hone the craft. Short stories are great for beginning writers because you can finish them quickly and if they suck you can just move on to the next one. Mine sucked. To this day, I don’t like the majority of the short stories I’ve written and published. But I began submitting stories with resolve; the more I was rejected, the more I sent out. For the first year or two, all I got were rejections, but then I finally sold a story, and things took off. I still received a lot of rejections – and I still do today – but my acceptances increased exponentially.

In 2000, I was asked to put together some stories into a chapbook by Carlton Mellick, the avant-punk author who started Eraserhead Press, which is currently run by Rose O’Keefe. Carlton had read some of my published fiction and liked it. The name of the chapbook was Kafka-Breathing Sock Puppets. At the time, Eraserhead Press didn’t publish full-length books, but they started to in 2001, and I expanded my chapbook with more stories into a proper 40,000-word collection, The Kafka Effekt, my first book. In the next few years, I published two more collections, one with Eraserhead Press, Stranger on the Loose, and one with Raw Dog Screaming Press, Pseudo-City. Most of the stories in these books were originally published in various online and print magazines.

After Pseudo-City, in 2005 I think, I decided to “revert” to the novelistic form. I felt like I was better prepared to pull it off, even if I was significantly apprehensive about my novel-writing ability, and continue to be. But I had ideas and wanted a new challenge. I wrote Dr. Identity, or, Farewell to Plaquedemia, and it ended up winning the Wonderland Book Award for best novel in 2008. It was the first novel to win the award, and it’s not a well-known or widely publicized award, but it was nice to know that a few people thought I could write a decent novel.

In the last two years, I’ve published two novels, Blankety Blank: A Memoir Of Vulgaria (Raw Dog Screaming Press) and Peckinpah: An Ultraviolent Romance (Shroud Books), as well as a book of literary criticism and theory, Technologized Desire: Selfhood & the Body in Postcapitalist Science Fiction (Guide Dog Books). I’m an English professor now and have been writing criticism (essays, reviews, etc.) as long as I’ve been writing fiction, but criticism is a different animal, so I’ll leave that for another time. Within the last few months, I’ve also published another fiction collection, They Had Goat Heads (Atlatl Press), and early in 2011, I have another novel coming out, Codename Prague (Raw Dog Screaming Press), the second installment in my “scikungfi” trilogy that originated with Dr. Identity.

My publishers are all small presses. I’ve met and developed close relationships with the owners over the years by going to writing conventions, continuing to publish and making a name for myself, and promoting my work. I don’t have an agent, and I don’t really want one. I could make more money if I placed my books with bigger publishers, but not that much more money – my stuff has always been and always will be amply weird and I’m not destined for Grisham-like or Rowling-like financial success and acclaim. That’s not why I write anyway. The publishers I work with literally give me full creative autonomy over my writing, and that’s important to me, and I get raises and crap at the university where I teach for my scholarship. This isn’t the road that most fiction writers take, and I wouldn’t encourage it. But it works for me.

Here's what people are saying about Codename Prague:

"This novel is from the wild edge of science fiction, in the tradition of Philip K. Dick's Three Stigmata of Palmer Eldritch—fast, smart, funny, and full of a scarily plausible vision of just how weird things could get if we take our biological fate into our own hands."
—Kim Stanley Robinson, Nebula, Hugo, Locus, BSFA and John W. Campbell Award-winning author of the Mars trilogy, the Three Californias trilogy, and The Years of Rice and Salt

You can visit D. Harlan Wilson online at http://www.dharlanwilson.com/ and at his blog Goatheads Anonymous.