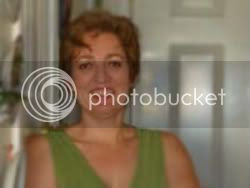 HEIDI’S PICK SIX
1. Which of your characters is your favorite?
Honestly, my favorite male character is Professor Demetri Daskova from my paranormal romance Blood of the Beast (Book 1 of the Blood Chronicles). He’s dashing; suave, educated, and not afraid to show his weaknesses to the woman he loves. He’s a vampire with a heart and a much better man undead than he was alive.

My favorite female would have to be his counterpart, Police Detective Val Kureyev. Her job is a tough one, especially in a male world. She’s one gutsy broad that doesn’t take bull from anyone and stands up for what she believes in, despite the odds.

2. Tell me about your travels.
I was born in the United States but grew up in Germany, back when it was still east and west. I’ve been all over Europe, hitting all the historic spots (yep, I love museums, castles, and ancient places!) Since I returned to the states, I travel at every opportunity I can. Disneyland is my favorite place (I know, it sounds a bit strange, but I love the freedom!) Tell me we’re off to California and I’m ready to go now!

3. Coffee, tea, or milk?
Straight Black coffee, with one of those fake sugar thingies.

4. What else can you do besides write?
*Read everything and anything I can get my hands on---I don’t stick to one particular genre, I love them all.
*Write—I have 3 works in Progress that I am currently working on.
*Raise a houseful of kids---I still have 3 at home, down from the original baker’s half dozen!
*Tutor history, reading, and English at the local elementary school.
*Take college courses at night---I’m living my dream of becoming an elementary school teacher. Granted, it’s taken me 30 years to get here, but I’m doing it.
*Cooking up a storm—put me in the kitchen, and I go crazy baking.

8. Where do you find your inspirations to write?
Would you believe Music? I listen to a song and I see images in my head, which form my next novel.

9. Food you could eat every day.
Chinese!

13. Celebrity crush.
Viggo Mortenson---goodness, it’s that cleft chin, those dimples, and the eyes!!! I can watch Lord of the Rings and Hidalgo for hours. **grin**

15. Do you still watch cartoons?
Yep, but not the new stuff unless it’s Ben 10, or Disney related. I don’t care for the Kung-fu, crazy karate stuff.

Tamela Quijas grew up in a wonderfully diverse country filled with magically induced superstitions and the mystical beliefs of the old. The tales of the Brothers Grimm were told there, and their enchanting stories were the basis to many of our childhood fairytales. Tamela learned, though, that many of those famous tales held a dark secret, meant more to frighten and warn children of the unknown world that existed beyond human belief. Strangely enough, all these beloved tales hold a semblance of truth in their dark depths.

The paranormal romances she writes hold the essence of these ancient fairytales, where the darkness of life borders on the edge of sunset. It is there that the dead savor or regret those long and lonely hours until the sun rises on the horizon.

Where every soul has a chance at redemption….

Oh, just a quick note--she does write the occasional contemporary romance and cookbooks.