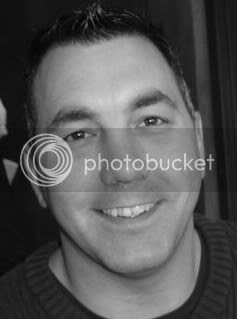 HEIDI'S PICK SIX
1. Which of your characters is your favorite?
If we’re talking about A Child’s Wound, and I’ll assume we are, then the answer to that question will be the easiest of the bunch—Tim Hadler, the main character of the book. He’s the one that kept me up until 5:00 A.M. most mornings. Mostly, because I thought he was a liar. It took a long time and many re-writes to start to believe him. It was Tim that motivated me to write the book. I asked myself, “Could a serial killer be empathetic?” and “Could he be the main character?” That latter question was the tough one. I wanted to write the story from Tim’s POV. Yet, he was supposed to be the bad guy. In the end, it worked itself out. I’m writing a sequel to A Child’s Wound because readers liked that particular character so much. In fact, one reader said to me, in an email, that six months later she was still thinking about him. I have to admit, that really made my year!

3. Coffee, tea, or milk?
I couldn’t resist this question...Coffee. Always coffee. It can be black with no sugar or a skinny vanilla latte (the kind you shell out 4.5 bucks for). It doesn’t really matter. It’s the caffeine that I crave. I used to write at night, because my job wouldn’t permit me to write at any other time. When I say at night, I actually mean early morning. When I started writing A Child’s Wound I didn’t want it to affect my relationship with my fiancée, so I wrote after she would go to bed and finish sometime before dawn, with enough time to get at least a few hours sleep before I had to get up for work. Now, I have a schedule that I stick to: I write every morning. I get in my 1000 to 2000 words and then it’s off to work. In order to get the brain fired up I drink enough coffee to kick start an air bus.

7. What is the toughest scene you ever wrote?
This is a tossup between two scenes, but to answer your question, I’ll have to pick one. There’s a scene in A Child’s Wound that really bothered me. I hated writing it. There was no way not to have it in the story. The back bone of Tim’s character rested on this one critical moment and I knew I had to write it. I also understood, which was the hard part, that I had to tell the truth. “No bullshit here”, my writing coach said. It had to do with molestation. I grew up around this. Although it was never talked about: a dirty secret in a family’s closet, so to speak. I know how much this strangles a person’s identity, and in Tim’s case, starts him down a path that tortures him more than any of his victims. I knew once people read the scene that they would either emphasize with Tim or hate me as a writer.

9. Food you could eat everyday.
Fajitas, Thai food, and sweet potato fries. That was easy. J

11. What kind of music speaks to you?
I use music in all my novels. For example, Tim plays guitar. When he does in the story, something bad happens. I think music has an affect on a person’s soul more than anything else. When I was a kid I watched the movie A Clockwork Orange. There was a scene in the story which has the song Singing in the Rain playing in the background while the character is brutally assaulting his victim. I think anyone who has ever seen the movie, now has a different feeling about that song. That’s just it...music makes you feel, It induces anxiety and fear. One song can transport a person back 20 years. The music I listen to has to achieves the result I’m looking for. When I’m writing, it’s got be creepy; I listen to Black Sabbath, Kings of Leon, and dark classical music. When I’m at bar, I love to dance to House Music. When I wake up on Sunday mornings I want to relax in the back yard and listen to Jack Johnson, or Al Green.

12. Do you outline your stories or do they just take you along for the ride?
I write situational stories. I have a rough idea of what the story’s about, that’s all. Then I sit down. Get to work (play really). I start with a character. I don’t really know him or her yet. More like a blurred chalk drawing on the sidewalk. They tell me where they want to go and what they’re going to do once they get there. By the end of the first draft, I have a good understanding of who they are and what motivates them. It’s at that point when I can start to map out the story; only after they have shown me what the story’s all about. In the second draft, we start to get intimate, like lovers in the second month of dating: once all the inhibitions have been smoothed out. That’s when the writing creeps under my skin. I’ve only plotted one story and that one still sits unfinished.

14. Who are the biggest influences on your work?
I would say the usual big names (Stephen King, Dean Koontz, Anne Rice, John Grisham) and that would be fine. But really, it could be any book that moves me. That stops me from thinking about anything and everything at that moment and takes me to that special place that isn’t familiar. The biggest influence for me is the person that I write for; my fiancée. She’s the real reason I started writing. Like any writer out there, and maybe I’m stepping out a little too far over the ledge, there’s always the time problem. It takes a lot of it to put down your first draft, and if you’re busy writing, there’s always someone that’s missing you. For me, that’s my girl. I write for her. When I finish a story, she’s the first one that gets to read it. I wait. I watch. I sit back with a glass of red wine, usually, and I’m hoping she likes this part or that part. I hope she turns to me and smiles, or cries, or looks disturbed. In the end, she’s my biggest influence. 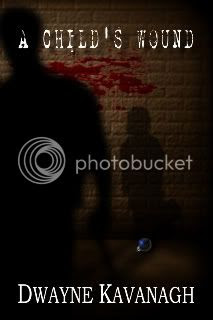 Dwayne Kavanagh, as a child, found comfort in the dark corners of his imagination. In 2005, he sat down in a small home-office, let the stories transfer from those lightless caverns to the bright screen of his laptop computer, and has been scribbling every day since. His first book was published in August 2009.

Dwayne creates worlds where you see more than you read. His descriptive detail leaves some room for the reader to use their imagination but enough to set the landscape and take you on a terror-filled ride. His dialogue is real and relevant to the time period he writes about.

Dwayne was born in Toronto and raised in Burlington, Ontario, Canada. He lives with his fiancée Nicky and her sports fanatic son Lucas, and with unconditional love for his beautiful daughters Megan and Emily, in southern Ontario.

You can find Dwayne here:
www.dwaynekavanagh.com

You can watch a book trailer for A Child's Wound here:
http://www.youtube.com/watch?v=IuOhylkGr_0