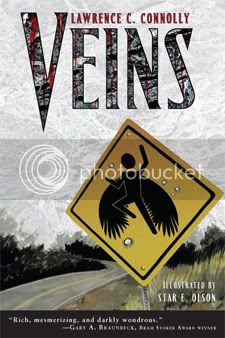 I started out as a reader, and I’m still convinced that reading is the best way for a writer to begin. If a person doesn’t like reading the stuff, why bother writing it?

I read everything I could get my hands on: classic and contemporary sf novels, anthologies, and (most importantly) the magazines.

When I got the notion to try writing for the magazines, I sat down and dissected some of my favorite stories, noting everything from placement of exposition and dialogue to the length of paragraphs and use of punctuation. Then I went to work, following Heinlein’s three step approach to writing success: I finished everything I wrote, submitted everything I finished, and kept submitting everything until it sold.

I made my first sale to Amazing Stories and followed it up with three more to the same editor before moving on to Rod Serling’s Twilight Zone Magazines, Year’s Best Horror, and lots of others.

A Hollywood production company optioned one of my stories a few years later. Three more options followed. I began thinking seriously about writing a novel, but it would be many years and over 50 story sales before I got around to finishing Veins.

I sent Veins to the agent who had been handling my film rights. A few days later, I mentioned the novel in a letter to Will Horner at Fantasist Enterprises. Will had purchased a story from me for one of his anthologies, and he wanted to hear more about the book. He got in touch with my agent, and shortly thereafter we had an agreement.

Veins has just been released in a beautiful trade paperback, with cover and illustrations by Star E. Olson.

Here’s the synopsis from the back of the book:

Fleeing from what should have been a perfect crime, four crooks in a black Mustang race into the Pennsylvania highlands. On the backseat, a briefcase full of cash. On their tail, a tattooed madman who wants them dead.

The driver calls himself Axle. A local boy, he knows the landscape, the coal-hauling roads and steep trails that lead to the perfect hideout: the crater of an abandoned mine. But Axle fears the crater. Terrible things happened there. Things that he has spent years trying to forget.

Enter Kwetis, the nightflyer, a specter from Axle’s ancestral past. Part memory, part nightmare, Kwetis has planned a heist of his own. And soon Axle, his partners in crime, and their pursuer will learn that their arrival at the mine was foretold long ago . . . and that each of them is a piece of a plan devised by the spirits of the Earth.

Fantasist has some nice advance notices on Veins from Michael A. Arnzen, Gary A. Braunbeck, T.E.D. Klein, Robert Morrish, and Mary SanGiovanni at the novel’s official website:
www.VeinsTheNovel.com

You might also want to check out this live journal review of the Veins debut at Garden State Horror Writers.


Veins is available through most of the major chains, but Fantasist is giving a nice discount for direct orders through their website:
http://fantasistent.com/books/novels/VEINS/VEINS.php

Also available at the Fantasist website is a cool Veins T-shirt.

He has a lot of stuff in the pipeline. Next up will be a new horror story entitled “Painkeeper,” due out in Cemetery Dance 59; a new ghost story entitled “Flames” in a new anthology from Ash-Tree Press, one of his favorite small-press publishers. The anthology will be called Shades of Darkness, and it is due to be released in October, in time for World Fantasy. Also due out in time for World Fantasy is a full-length CD of ambient music inspired by Veins. Fantasist Enterprises will be releasing that one, and you can hear one of the tracks at www.VeinsTheNovel.com. Toward the end of this year, look for “Reckoning” in Terrible Beauty, Fearful Symmetry from Dark Hart Press and “Die Angel” in Darkness on the Edge: Tales Inspired by the Songs of Bruce Springsteen from PS Publishing.