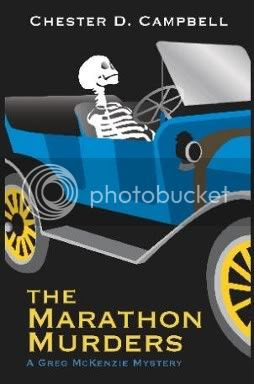 My path to publication as a novelist was as twisting as a snake. I wrote my first mystery while a journalism student during the day and a newspaper reporter at night. That was back in 1948. A publisher rejected it and I put it away. Before I tackled another novel, I worked for two newspapers, served as an Air Force intelligence officer in the Korean War, wrote non-fiction for magazines, worked in public relations, wrote speeches for a governor, and edited a local (Nashville) magazine. The second book spent about six months with an Avon editor before it was rejected. I worked as an advertising copywriter, did more PR, and managed a statewide trade association until retiring in 1989.

That’s when I started writing novels in earnest. By 1998 I had written seven mysteries or thrillers and gone through four agents who sold nothing. I took a trip to the Holy Land that year and got the idea for Secret of the Scroll, a thriller involving a retired Air Force OSI agent and his wife. A small press took it as part of a three-book contract. My first novel was published in 2002 when I was 76. It won a Bloody Dagger Award in 2003 and was a finalist for ForeWord Magazine’s Mystery Book of the Year. I liked the characters so much I decided to use them for a series. Designed to Kill came out in 2004 and Deadly Illusions in 2005. After writing book four, The Marathon Murders, I parted company with my first publisher and was accepted by a new independent, Night Shadows Press. The novel came out in February 2008 in both hardback and trade paperback.

Here's a blurb from The Marathon Murders:
Did Sydney Liggett, assistant treasurer of Marathon Motor Works in Nashville, skip town in 1914 with embezzled funds, or was he framed and murdered? That's the question PI's Greg and Jill McKenzie are hired to answer in The Marathon Murders when 90-year-old documents found during restoration of the company’s buildings disappear. They discover the contractor who had them has been murdered. As they follow the twisting path, more bodies are found and their client, Liggett’s great-great-granddaughter, may be next.

I have lots of friends in the mystery community who have been fortunate enough to link up with the right agent and a large publisher to enhance their success. I haven’t been so lucky, but I have enjoyed what I’ve achieved. My books aren’t on the shelves at most stores, so they sell in the low thousands rather than the ten thousands. My wife and I work as a team at book signings and have done well there. We attend several conferences a year and enjoy traveling about the country and meeting readers.

When my first book was published, I did a crash course on promotion. I set up a website, started a quarterly newsletter, joined Internet listserves and got my name out every way I could. I incorporated much of this information into my website’s “On Writing” link. My latest venture is Murderous Musings, a blog with five other authors. You can read more about me at:


Sylvia Cochran at Roundtable Reviews had this to say about Chester's new book:

“THE MARATHON MURDERS is a skillfully woven tale that shows detective fiction wannabes how it’s supposed to be done. Chester D. Campbell’s vibrant characters all but leap off the page and the scenes are so realistically crafted that you cannot help but feel part of the plot. This book is a page turner, and it is not surprising that the literary world has finally caught on to the fact that one of its greatest assets has been flying under the radar for far too long. This reader eagerly awaits the next installment in the McKenzie series. A must read!”