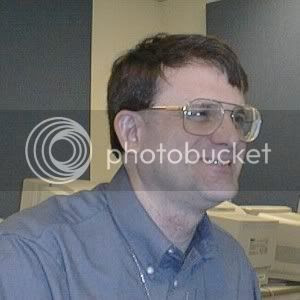 HEIDI'S PICK SIX
1. Which of your characters is your favorite?
P.I Frank Johnson is the only protagonist I’ve yet to hustle into print. I guess he’s my favorite, if not by default. Does life imitate art? Is Frank like me? I don’t really know. In fact, I’d be hard pressed to offer a real physical description of him. The way I want for him to come across to readers is as a good guy, maybe a little rough around the edges, someone to sit down with and share a drink or conversation.

For my detective series, I cling to the old-fashioned notion that readers really want a fresh lead character they like and can root for over the three hundred pages to a novel. Critics have compared Frank to his counterparts in books by Loren Estleman, James Lee Burke, Daniel Woodrell, Walter Mosley, William Caunitz, Dennis Lehane, Bill Pronzini, and Robert Crais. So, I guess Frank stands in good company.

5. Who are you reading right now?
My last sojourn to the library resulted in checking out Money Gun a new Western by Robert J. Randisi because, corny or not, I’m a sucker for an oater, film or book. I took Adrian Hyland’s Moonlight Downs which, I believe, was a title recommended on the DorothyL list (where I find many new authors kindly suggested to try out). Penny Rudolph’s Lifeblood because the protagonist Rachel Chavez strikes me as a self-reliant, strong individual (based on my browsing the dustjacket copy) that might appeal to me. Finally, I selected James R. Benn’s The First Wave, a Billy Boyle World War II mystery, again getting good notices, plus I dig historical mysteries and that time period. I also do regular reviews for Publishers Weekly, mostly literary fiction reads.

7. What is the toughest scene you ever wrote?
Rather than cite a specific one, I can lump most of my violent, bloody scenes into this question, without a doubt. Over my four books in print, I’ve evolved to think that less is better. I read and review a lot of crime fiction, giving me a wide perspective of what’s old and what’s current. A fair amount of the violence I encounter on the printed page strikes me as cartoonish, clichéd, and clumsy. Violence, like sex scenes, in fiction seems to do little to propel the plot, develop the characters, and build the pace. The toughest thing for me, I believe, is finding the right balance of such a scene and understanding where it should fit in the narrative fabric.

I struggle with the idea of entering late and leaving early when I write violent scenes. How much goes in and how much ends up cut? Will what I do alienate my reader? Of course, we’re inundated with violence in the world-at-large but a novelist has to exert an artistic control and constraint over the product being created. I wrote my Master Thesis twenty-five years ago on the Southern Gothic novelist Harry Crews who was known at the time for his dark, gory literature. So, the violent scenes have been a part of American fiction for at least that long.

10. Are you into sports or other physical activities?
We enjoy watching the Washington Nationals at their new baseball stadium or on TV. During their seasons, I follow the Washington Redskins football and Washington Wizards basketball. I don’t know if that qualifies me as a sports junkie or not. The most physical thing I ever do is mow the lawn or go on long day hikes.

15. Do you still watch cartoons?
Oh, sure. Simpsons, Flintstones, and King of the Hill.

Ed Lynskey has published three novels in the P.I. Frank Johnson series: The Dirt-Brown Derby, The Blue Cheer, and Pelham Fell Here, as well as a short fiction collection Out of Town a Few Days.

The Blue Cheer generated positive reviews in prominent print media like Pubishers Weekly and a starred review in Booklist.

He has a strong "in-print" track record of short fiction in 250+ online/print journals, including Alfred Hitchcock's Mystery Magazine and The Atlantic Monthly. Reprints of his work are in anthologies from St. Martin's Press, The University of Virginia Press, and Storyline Press. He has also made multiple pro sales to the Dorchester Media/TRUE magazines. Ed's work rated an Honorable Mention in The Year's Best Fantasy and Horror 2007 (Ellen Datlow, editor).

Ed has had full membership in Mystery Writers of America (MWA) since 2005 and is a past member of National Book Critics Circle (NBCC) and PWA.
ed lynskey heidi ruby miller heidi's pick six