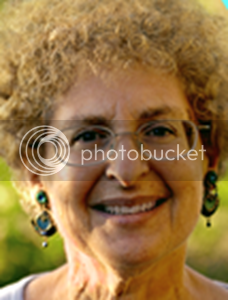 1. Which of your characters is your favorite?
I'd have to pick Bruce, the protagonist of Death Will Get You Sober. He's smart, funny, sexy, and once recovery starts peeling away the alcoholic b.s., he's got a heart. That said, I admit I'm also fond of Barbara, the world's most codependent addictions counselor.


2. Tell me about your travels.
Am I allowed to show off? If so, I'll start with Timbuctoo, which I visited while I was a Peace Corps Volunteer in Côte d'Ivoire, West Africa. Timbuctoo's in Mali, and during my two years there I visited or at least touched down in Senegal, Nigeria, Ghana, and Tunisia. And when I went back to visit friends in Africa twenty years later, we took the train to Burkina Faso as far as Bobodioulasso, which has one of the best names of any city in the world. The train goes on to Ouagadougou, another great name, but we didn't have time. In Europe, I've been to France and England many times, Italy, Greece, Holland, Germany, and Denmark. Oh, and Sweden--my husband and I were in Copenhagen for a belated wedding reception that turned out to be a divorce party, and we took a day trip on a train that crosses the Baltic Sea on a bridge to Malmo, Sweden.

Where else? Canada. The Caribbean. Iceland. My son got married in Manila, so I've visited the Philippines--only a few months after 911, so that was a little scary--and spent a perfect seven hours in Japan on the way back. In the US, I've spent a lot of time on the Left Coast. I'll do several signings in both the Bay Area and Southern California on my book tour, along with one in Seattle, where I've been before to visit my Aunt Hilda, who just turned 96 and still plays tennis and goes dancing with her boyfriend. In 2006 I drove down the East Coast to an arts residency in North Florida. I love the directions from Manhattan, where I live: cross the Hudson River, hang a left, and drive 1000 miles on I-95. Did you know Florida is as big as England?

I'll go all over it on my book tour, which will also take me to Virginia, North Carolina, and points north and south along the Eastern Seaboard. I'm also visiting bookstores and libraries in the Midwest: Ohio, which I know, and Indiana, Illinois, Michigan, and Minnesota, which are new to me. Where else? New England and Hawaii. I've done whale watching off Maui and Cape Cod, both great places to connect with the amazing humpbacked whales. And Alaska: a friend and I took the ferry up the Inland Passage and stayed with therapist friends in Juneau. I gave two talks there, one to mental heath professionals on intergenerational alcoholism and the other a public talk on codependency. The room was packed for that one, even back in 1990, and I don't think all of them came for the refreshments. In those days, lots of people had never heard of codependency, they just lived with it.

4. What else can you do besides write?
My latest accomplishments are knitting socks and running 3 1/2 miles almost every day--very, very slowly. I can use the computer, which my family still considers a miracle, even though I make a living on it on my therapy website at www.LZcybershrink.com and designed and help maintain my author website at www.elizabethzelvin.com.

I'm a poet with two books--but that's still writing--and a singer/songwriter. I play guitar and used to play cello and piano. I can shrink heads, I mean, I've been helping people doing therapy and counseling for the past 20 years. I garden, so I can make flowers and vegetables grow, if not every single one I plant. I used to fly a plane, though not by myself: I took about 30 hours of lessons back in the 1970s. And I love to swim, especially in the ocean off Eastern Long Island, where I spend my summers.

8. Where do you find your inspirations to write?
That's an easy one, because Death Will Get You Sober is about recovery, and Bruce and his friends will continue their journey of self-exploration and growth as the series unfolds. It takes enormous courage and self-honesty to recover from alcoholism and other addictions and compulsive behaviors. Codependency and the frozen feelings of adult children of alcoholics and other kinds of dysfunctional families are even harder to beat, because the symptoms are rescuing, controlling, and being hard on yourself. You can't stop doing any of those perfectly. People in recovery are remarkably self-aware and willing to change whatever isn't working in themselves, whatever ways they've been hurting themselves and other people. I find that inspiring, and that's what I write about.

12. Do you outline your stories or do they just take you along for the ride?
I'm an into-the-mist writer. I start with the title, which gives me my theme. And since Death Will Get You Sober is the first of a series, I now have my protagonist Bruce and his two sidekicks, Barbara and her computer-wiz boyfriend Jimmy. But the rest is up for grabs. I may not even know the victim, and I usually don't know the murder, before I start to write. That method means a lot of angst in the first draft, but I love how my characters talk to me and tell me who they are and what they want.

14. Who are the biggest influences on your work?
My answer will be quirky, because the mysteries I love to read aren't quite like what I write, since most of them have major characters who are either cops or private investigators. What they have in common with each other and Death Will Get You Sober and its projected sequels is series continuity and lovable characters who change over time and come with important relationships, whether that's a family, a circle of friends, or a network of work relationships. Among my favorites are Marcia Muller, Dana Stabenow, Margaret Maron, and in the UK, Reginald Hill, Cynthia Harrod-Eagles, and Janet Neel. And the three books that influenced me to become a writer, books I read over and over as a kid, were Little Women, Anne Frank's diary, and L.M. Montgomery's Emily of New Moon.

Elizabeth Zelvin is a New York City psychotherapist who has directed alcohol treatment programs, including one on the Bowery, where Death Will Get You Sober begins. She currently does online therapy via chat and email at LZcybershrink.com. Death Will Get You Sober, just out from St. Martin's, is her first mystery. You can learn more about Liz on her author website at www.elizabethzelvin.com.