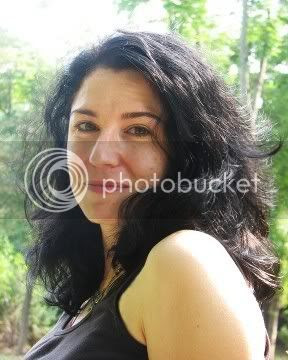 1. Which of your characters is your favorite?
My favorite of my characters currently is my version of Cain. I am writing a retelling of Cain and Abel called If Flesh Is Better. Villains and their motivations fascinate me, and my Cain is very different than the traditional image of the character, even though the major events in the story don't conflict with the account in the Bible. For example, since Cain is a farmer and not a herdsman, he's also a vegetarian and is very opposed to the slaughter of animals.

2. Tell me about your travels.
I have been to England, France, Greece, the Caribbean, Canada, Mexico, and a number of U. S. States. My family and I are about to go back to the Caribbean on a cruise, during which my son, the world's tiniest pirate, will attempt to stage a mutiny on the cruise ship and fly his own Jolly Roger.

3. Coffee, tea, or milk?
Right now, Starbucks' Gingerbread Lattes. They're spicy, warm, and they feel like being curled up at home under a blanket.

4. What else can you do besides write?
My most important task besides writing is taking care of my five year old son, Archer, and keeping up with his active imagination. Also I manage software implementations at a hospital (we convert the patients' medical charts from paper to electronic). I'm usually working on a costume for a party, an event, or a convention - I can't sew, but I'm good at putting outfits together.

5. Who are you reading right now?
I just finished Rant by Chuck Pahlaniuk. That man knows how to tell a story. Also I think it's interesting that Pahlaniuk's work is classified as mainstream literature, when it's clearly speculative fiction. The book involved time travel and time travel paradox theory, so why is that not in the sci fi section?

7. What is the toughest scene you ever wrote?
Cain killing Abel. I was crying when I wrote it.

A native of Philadelphia, PA, Michelle Klein brings the flavor of its ethnic neighborhoods and tree-lined streets to her fanciful tales. Her written work includes The Secret of Gardons, swashbuckling serial fiction and His Mother’s Son, a pirate fantasy story published in the anthology Black Sails. Her flash fiction story Stolen Kiss was published in October on Everyday Fiction.com, which also accepted her story Echo for future publication. Michelle freelances for Talisman Studios.

She currently resides in Wilmington, Delaware, with two redheaded pirates. One is bigger than the other.
heidi ruby miller heidi's pick six michelle klein