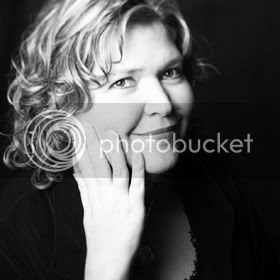 4. What else can you do besides write?
What else “can” I do—or do I want to do? LOL! You’re too funny! Well, I have this new, wannabe emerging hobby and that’s learning to make clothes. My nine-year-old and I are PROJECT RUNWAY addicts, but our interest in sewing together predates that. Growing up, my amazing stepmother was into every possible type of needlework—needlepoint, cross stitch, knitting, crochet, sewing. You name it. I grew up learning all of these skills, at least nominally or touching on them, with her. Well, except crochet which I learned last year from then Knight Agency employee Julie Ramsey. Anyway, my daughter constantly tells me she wants to be a fashion designer, so I finally dusted off my stepmother’s sewing machine—she passed away four years ago. I think she’d love knowing that her sewing machine is inspiring a new generation of little needleworkers!

5. Who are you reading right now?
I’m reading a book called Change or Die that is nonfiction and looks at why—even when faced with life/death circumstances—90% of humans still refuse to change. I have a number of areas of my life that I want to improve and change, so I thought this book would offer me some good insights on how to, say, lose weight! I’ve also got ten books beside my bed, all purchased in the past two weeks. Some are romance, some nonfiction, fantasy… older Suzanne Brockmann, Nelson DeMille. I tend to read in a more diverse way than I did for a few years there. I’m enjoying reading across lots of genres, although romance is a great love of mine! Always will be.

6. Pop culture or academia?
Oh, goodness, I am *so* pop culture over academia, it’s not even funny. My brain was never wired for serious study. I was the student whose mind always wandered, thinking about the sorts of stories I now put in books. Of course, I loved English and art and the more creative subjects, but in the end, I’m a pop culture queen. Example: As I answer these questions I have a movie on in the background, one I really enjoyed back in the late 80’s, I think, called BLOWN AWAY. Love movies, love television shows, love music… magazines, books, books and more books.

8. Where do you find your inspirations to write?
I’ll tell you the truth… they’re like patchworks for me. Sometimes little pieces haunt my mind for years, until I figure out how to meld one little fragment with a new one that’s come to me. And sometimes, very high-concept ideas download into my brain from the ether, growing from the smallest little tidbit or detail. You know when you’re working a puzzle, and you find this one piece that allows ten others to slide quickly in beside that piece? That’s how the concepts come sometimes. Just yesterday I heard a fragment of a phrase that became a title idea…next thing I knew I was hearing the actual story pitch in my head, knew the time period the whole story would take place over. Had bad guys/good guys and a heroine with a painful backstory. But that’s unusual. Normally I have to piece together over a period of time before I’m ready to really roll with a new book idea.

9. Food you could eat everyday.
If there were no health complications, no fat grams, and no possible repercussions—I’d eat Mexican every single day. Fajitas, salads, tacos… black beans, refried beans, tortillas. There’s good variety there, so yeah, I could eat it every day!

11. What kind of music speaks to you?
When I was in college I was a radio DJ, and my radio show was called Deidre’s eclectic hour because I’d play Madonna’s Borderline, then go right into Charles Mingus’s Haitian Fight Song, then head into Elvis Costello. I’m pretty much the same these days, although I’m a bit cyclical. So lately, I’ve been listening to BBC’s Radio One a lot in my car, and that’s made me really get back into dance music. I like that it’s pop radio without being *American* pop radio, i.e. songs I’ve heard zillions of times. Seems like every summer I get into country music. Don’t know why, but it tends to happen. Tim McGraw is a total fave of mine. Counting Crows, Wallflowers, Alison Kraus, Jayhawks, Wilco, Bob Dylan, I tend to love a bit of a rootsy sound in my rock. Late at night I’ll get into jazz—standards, classic vocalists like Billie Holliday or Dakota Staton or even hokey type crooners like Paul Anka. But see, it was hokey when we were young—now if you’re into Sergio Mendez, it’s way cool! J


Deidre Knight is a literary agent, mom, wife, novelist and southern woman, and proud to answer to all of these titles. Before she founded The Knight Agency in 1996, Deidre worked behind the camera in movies and television. During the eleven years since she launched her literary agency, she has grown The Knight Agency to national prominence, shepherding authors on to every major bestseller list. With agency sales of more than 1,000 titles to major publishers, a large percentage of which are in the categories of romance and women’s fiction, Deidre has established a reputation for discovering vivid and unique storytellers and is considered an industry expert on the hot trend of paranormal fiction. Writing in that genre, she creates fresh characters and strong, emotional storylines. One editor has described her as having “tremendous verve and a great knack for character and smart scenes.” Others have called her writing “outstanding” and “emotionally evocative.”

Deidre began her writing career at age nine, when her award-winning essay on Barbie was published in her hometown newspaper, The Atlanta Journal and Constitution. She has been writing in one form or another ever since. After nearly a decade of working with Knight Agency clients, helping them discover their creative potential, Deidre’s dream of writing romance came true in the form of her Midnight Warrior series. Her eagerly awaited Parallel Desire released in December 2006.
deidre knight heidi ruby miller heidi's pick six