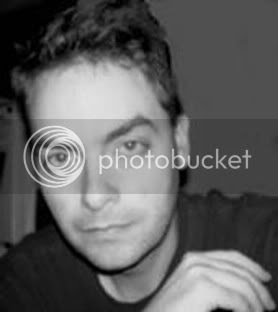 1. Which of your characters is your favorite?
I won’t name an absolute favorite character because the other characters might get jealous. One of my favorites is Aleste, one of two protagonists from my thesis novel which I wrote while getting my Master’s degree at Seton Hill. Originally meant to be a tertiary character, Aleste quickly asserted her spunky will and pushed the other characters off the page. I like her for the way she matured in response to the terrible things that confronted her but yet in other ways remained the same stubborn-minded character as ever. She learned who she was, and what she needed to do. And she did it. There can be no better definition of hero.

5. Who are you reading right now?
I just finished Caesar’s Column, an early work of science fiction dystopia by Ignatius Donnelly. Donnelly was a U.S. Congressman, Atlantis scholar, and apologist for Sir Francis Bacon (who he believed was the true author of the Shakespeare plays). I’ve been going through Donnelly’s whole catalog because he was such an interesting personality. I also just finished Tobias Buckell’s Ragamuffin, which I found an extremely entertaining, fast-paced read, even better than the first book in the series, which I also enjoyed. Next up is S.M. Stirling’s The Sky People. And I’m prepping for a short historical conspiracy novel with a science fiction twist that I want to write, so I’m reading Robert V. Remini’s The House: A History of the House of Representatives, which won the National Book Award a year or two ago.

6. Pop culture or academia?
I write some metafiction, so I have a tendency to fuse both. If you read my essay in Myths for the Modern Age, you’ll see what I mean. I found myself at home in a practical genre writing school like Seton Hill University’s Writing Popular Fiction program, as opposed to a program that’s all about theory and no doing. I’ve always liked the apprenticeship model of learning, and that’s what I found at SHU. I do have a fondness for theory too, though.

11. What kind of music speaks to you?
Music that’s there, visceral in either a quiet or a loud way. The work Jon Hassell did with Brian Eno is some of my favorite music. Bob Dylan, for his presence and for his ability to photograph with words. The book I’m currently shopping is a science fiction novel about music and free will. Music is important to me.

12. Do you outline your stories or do they just take you along for the ride?
A little of both. I outline heavily, and then I veer from the outline as needed. The novel I’m working on now has a twenty-six page chapter outline, as well as a thick folder of notes to accompany it. But about a quarter of the way thorough the outline, the story started to stretch, recombine, and mutate. That’s okay. Stories are organic. I’m sure the bards of old innovated at points as they went along.

14. Who are the biggest influences on your work?
When I was young I read everything in print by Edgar Rice Burroughs, who infused me with a love of adventure and the fantastic. Later I discovered Philip José Farmer, who worked a bit in Burroughs’ milieu but—with no offense to Burroughs, whose work and characters remain immortal—also transcended and matured it. One of your questions was about pop culture and academia, and Phil Farmer was the one who drove home the strengths and the weaknesses of both for me. Pop lit and the so-called literary fic are jealous of one another, but if you take a little of both you can really do something interesting. But more than that, Phil taught me an enormous amount of craft. Philip José Farmer’s role as literary craftsman—that is, his mastery of the craft—often goes unnoticed because, like Zelazny in his later years, he often chose to work with adventure stories. But Phil put a lot of subtlety in there in addition to the heroes and the tight, fast-paced plotting. Realism, a deep understanding of psychology, anthropology, and history, the power of mythological archetypes and themes, it’s all in there. It was an honor beyond words to be able to introduce and edit two volumes of Phil’s work [Venus on the Half-Shell and Others and Up from the Bottomless Pit and Other Stories]. He’s also a tremendously nice, quick-witted man. 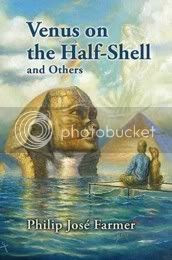 Venus on the Half Shell 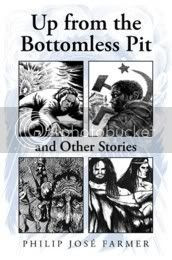 Up from the Bottomless Pit

As for other big influences, there’s Frank Herbert, Philip K. Dick, Claude Lévi-Strauss (the French social anthropologist and father of structural anthropology), some of the classical Taoist poets. My mentors while I was at Seton Hill, Toby Buckell and Steven Piziks (aka Steven Harper), as well as everyone in the program who critiqued my work, taught me so much about good writing, things I’m still working on and probably will continue to work on as long as I continue to write.

And certainly not the least, the love and support I get from my wife Laura and my family and friends is an ongoing influence. I couldn’t do this without them.

Christopher Paul Carey is a writer living near Seattle, Washington. He holds a B.A. in Anthropology and an M.A. from Seton Hill University’s Writing Popular Fiction program. Chris is also the editor of Philip José Farmer’s collections Venus on the Half-Shell and Others and Up from the Bottomless Pit and Other Stories, and his metafictional essay “The Green Eyes Have It—Or Are They Blue?” appears in the Locus Award Finalist anthology Myths for the Modern Age: Philip José Farmer’s Wold Newton Universe. He is currently at work on a historical fantasy novel.
christopher paul carey heidi ruby miller heidi's pick six