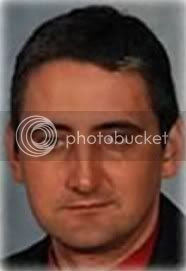 1. Which of your characters is your favorite?
I guess Saul from Aspects of a Psychopath has been one of my favourite characters simply because he is so different. He is he type of bloke you just don't want to get on the wrong side of. Not because of his physical presence but more for his unpredictability. He is as likely to slit your throat as he is to buy you a beer. He is the antihero that the reader can't wait to see the demise of but whatever situation Saul finds himself in he will find a way out. As a result he was a great character to write about because there are many routes that his path can take. with a bit of luck he will be returning in the not too distant future in a sequel to Aspects of a Psychopath.

3. Coffee, tea, or milk?
Coffee, tea or milk... where's the wine? Okay if I can't have wine I guess it will have to be tea. It's a great refreshing drink - taken with a little milk and a single spoon of sugar. I probably drink far too much of it during the day but I enjoy it. I used to be a big coffee drinker years back then I overdosed on filtered coffee one day and that was the end. These days you will only find me drinking coffee either late at night at a motorway service station or in a restaurant at the end of a meal. Now any chance on a glass of wine... preferably red!!!

4. What else can you do besides write?
I spent 15 years or so after leaving college, managing various bars and nightclubs. It was great fun at the time and I got to work in some interesting places with a varied mix of people. However towards the end I was looking for a change and had become involved with the IT side of things and also returned to college and after being made redundant from a company I was working for I was fortunate to find a career in the IT department of a local council. Now my routine is 9 to 5 and spent developing new computer systems and maintaining existing systems.

5. Who are you reading right now?
I'm reading Clive Barker's Mister B. Gone. It's a great little book which I think may have been a little unfairly treated by reviewers. Basically its the autobiography of a demon named Jakabok Botch with a little twist in the way the story is told. I first cam across Clive Barker when he published the Books of Blood and have pretty much read everything since, though if I have a favourite of his books it would either be Weaveworld or the Books of The Art series... come on Clive when are we going to see the third one?

8. Where do you find your inspirations to write?
Pretty much just about everywhere. I am currently completing a science fiction novel whose origins could probably be pinpointed to my experience with working in the club scene. Funny enough this was a question that I was often asked by people who had read Aspects of a Psychopath... obviously I have not experienced many of the atrocities that Saul and a few of the other characters get up to but they are often based in fact at some level. Perhaps a remembered newspaper story or maybe an argument between two people that I have seen. Throw all these ideas into the back of the mind and leave them to brew for a while and eventually you will get something out that might be ten times worse than the original idea but well suited to the story.

12. Do you outline your stories or do they just take you along for the ride?
I will sketch out a rough story - basically details of the main character, where the story is going to start and the problems faced - then I will usually sit back and enjoy the experience of seeing where the characters and their actions take me. One thing is not to be afraid of making changes.

Take the sequel to Aspects of a Psychopath that I've been working on. I had a pretty good idea of where it was going but at an early stage I realised that one of the secondary characters had a much more important role than I had originally anticipated and after a while it was evident that I had to go back and change their history in order to blend them into the story more. If I hadn't let the character lead me then perhaps I would never have discovered the extra possibilities.

Also with the sequel I knew the story I wanted to tell but I wanted to change the writing style to that used in the original novel, which was primarily journal entries in a diary. However I could not find an easy solution so in the end I decided to get on with writing the story at least in one style until the one I wanted presented itself to me. Which is exactly what happened. Recently after going through an earlier draft, I was reading a scene and realised it could be written differently... as I began working on it again it became evident that if I applied the same idea to the entire book which I had applied to the single scene then I had found the writing style I had originally been looking for. There are a few things I need to tie up but its looking good and hopefully you'll be able to see the finished result in the not too distant future.

Alistair Langston is a writer living near Glasgow, Scotland. His first novel Aspects of a Psychopath was published by Telos Publishing and his latest novella, Damon, was published as an e-book by Forbidden Publications. Alistair is currently completing a science fiction novel as well as a follow up to Aspects of a Psychopath.
alistair langston heidi ruby miller heidi's pick six