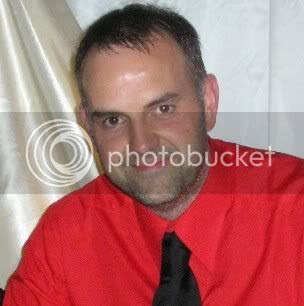 2. Tell me about your travels.
I started travelling properly when I was 28 (only eight years ago) and quickly realised it was something in my blood and something I should have started much earlier. I lived in Barcelona, Sweden, Istanbul, Copenhagen and California, before settling in Sweden again, due to my wife.

Since Maddoc (our 19 month old son) was born, we thought the travelling would drop dramatically. However we have managed two trips to England, a week in Barcelona and a month in Australia in the last year or so. Australia was where we launched In Bad Dreams and I thought it was important that both editors and publsihers were there to promote our first book.

My travel highlights would have to be San Fransisco (spent three months there in 1999), Barcelona (twice) and an Eastern Europe interail in 2003. I've been to some great places but would love to see more!

4. What else can you do besides write?
I've just moved into the scary and overwhelming world of editing and publishing and so I might need to get back to you in a few months to see whether I can actually do them. In Bad Dreams is getting some good reviews though and we have a few stories nominated for various awards so this feels good.

I'm a bit of a mean bread baker and was very impressed when I surprised my wife with some 11th Century Italian bread for her birthday a couple of years ago.

7. What is the toughest scene you ever wrote?
Well that's going on at the moment actually. This novel I'm writing for NaNoWriMo has this plot that revolves around a boy who can make crop circles by merely touching the wheat with his fingers (oh and due to magical ability). He creates pictures that relate to future natural catastrophes, which then lead to something even darker and more dangerous. The feeling I get when I see him do these things is immense but reading what I've writen down is weak at best. I try and tell myself it's because of the NaNoWriMo set up but I know it isn't.

11. What kind of music speaks to you?
I'm interested in so much music and all of it speaks to me in different ways. Lyrics can affect me greatly and can inspire me to write. Artists like Tom Waits, Eels, Stina Nordenstam, Pink Floyd and The God Machine have made me think of stories, based around their songs. I wrote my second novel whilst listening entirely to The Smashing Pumpkins and that was a real kick!

For my current novel, I'm listening to lots of dark soundtracks as I don't need lyrics, I need a mood and these fit perfectly. Underworld, The Machinist, Alien3 and Batman Begins are favourites for this book.

I've listened to classical music too when the mood takes me, or when I feel the story would benefit from that.

12. Do you outline your stories or do they just take you along for the ride?
I'm not very good at outlining to be honest and that seems to come in the editing stage. I tend to have a vague idea of where I'm going and then my characters appear and start deciding who they are, what they want to do and so on. Then the plot forms itself around these.

Then I finish, read through it, wonder what the hell I've written and why nothing makes sense and then the editing starts...

14. Who are the biggest influences on your work?
I am inspired by those within the music, film and literary world that break ground or that have a message to say (or both) and there are masses of them to be honest.

If I had to pick the absolute favourites at the moment then they would be:

Directors
David Lynch – the man is the god of cinema, the things he can do with a story, with an idea, with his characters. He inspires and humbles me in equal measure.

Jean-Pierre Jeunet – He seems best know for Alien 4 in the U.S.A., although in truth that is probably his weakest film. Amelie was original (and has been copied so often since), Delicatessan and The City of Lost Children are just amazing pieces of cinema and A Very Long Engagement is THE perfect war film.

Musicians
Stina Nordenstam – The kooky Swedish artist has lyrics that just have me in a state of awe. I once wrote a short story with one of her protagonists as a character (which was awful) and every time I listen to her I am reminded of why I write.

The God Machine – Or more importantly their album, Scenes From the Second Storey, which is filled with so much angst and pain and raw emotion that I can't help but want to write.

Writers
Philip K. Dick – I came to the genius of science-fiction late but it's never too late to read him and be inspired by what he did. The stories he tells are so relevant and so powerful and he is easily one of my favourites.

Michael Ondaatje – The only writer I know who consistently makes prose look like poetry. His writing is breathtakingly beautiful and even though I don't write what he writes, I want to write like he writes.

Paul Auster – The man is just a genius when it comes to story telling and his unbelievable characters are so believable because they are real. He is the master of the hook and once I get started with an Auster book, I have trouble putting it down!

A novelist, short fiction writer, editor and publisher, Mark Deniz recently turned his hand to screenwriting and his short film, Silverudden (Silver Bay), was completed earlier this year. His published short stories "Welcome to the Machine", "One of my Turns" and "Outside the Wall" (under the nom-de-plume Sin Deniz) can be found in three Big Finish collections. Mark has also had two flash pieces accepted for publication: "Fatal Mistake" features in FlashSpec: Volume Two and "Teething Troubles" is due for publication in the horror e-anthology Black Box, January 2008. He has also received an honourable mention (and an e-publication) for his gothic horror short "The Hunter". He started his publishing company Eneit Press, with Australian author, Sharyn Lilley and their debut anthology In Bad Dreams - Volume One: Where Real Life Awaits was launched in Canberra, September 2007. Mark lives in Norrköping, on the south east coast of Sweden, with his wife and son.
heidi ruby miller heidi's pick six mark deniz