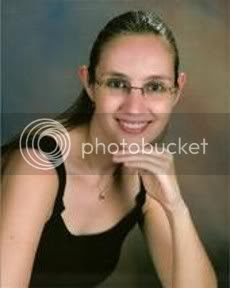 2. Tell me about your travels.
My mother, father, and stepfather are all military, so by the time I graduated from high school I’d lived in Ohio, Texas, Hawaii, Maryland, New Jersey, Washington, and the Philippines. I’ve also visited Mexico, Canada, various Caribbean islands, and had a six-hour layover at an airport in Taiwan. My mother and I left the Philippines when the volcano erupted in 1991 and during one of our cross-country relocations our moving van caught on fire. After all this, you’d think I wouldn’t much like traveling, but while I live a relatively boring life in Baltimore now, I take an average of three to four plane flights a year to visit family and friends all over the country.

3. Coffee, tea, or milk?
At home, it varies between green tea, hot chocolate, and spice chai mix. I work too close to a Starbucks for my wallet’s pleasure, so I’m often seen with a vanilla Italian soda or hot caramel cider depending on the season.

4. What else can you do besides write?
By day I’m an assistant editor to a rehabilitation medical journal, which means that I spend a lot of time verifying references and formatting tables. By night I play a lot of World of Warcraft, which means I spent too much time hanging out with a group of people online and killing big monsters—the words “raiding guild” might mean something to a few of you, and for those that don’t, I sincerely hope you remain in ignorant bliss! I adore both “jobs,” but I still try to find time to go dancing, feed my movie and House and Heroes addictions, and spend time with my friends and sister.

6. Pop culture or academia?
My senior thesis in high school was on the history of the fantasy genre, my senior project in college was a series of short novellas set in an urban fantasy world, and I have a graduate degree in “Writing Popular Fiction.” I read books of essays on utopia/dystopia and alternate world theory and Harry Potter and Firefly for fun. Making an attempt to separate pop culture from academia has never really been an option for me.

8. Where do you find your inspirations to write?
Life around me in all forms. My novel contains elements loosely inspired by aspects of everything from the new Battlestar Galactica and World of Warcraft to my relationship with my mother.

12. Do you outline your stories or do they just take you along for the ride?
I tend to start with a general idea of where I want the story to begin and end—always leaving the option open to take a ninety-degree turn somewhere in the middle if I feel like it. For longer works, I try to stay outlined a few scenes/chapters in advance so that I’m writing with a direction.

Johanna L. Gribble works as an editorial assistant in Baltimore’s Inner Harbor for a rehabilitation medical journal. After writing a collection of novellas for her senior project while working on her BA in English at St. Mary’s College of Maryland, Hanna decided to continue the trend and write the novel-length sequel as her Seton Hill thesis. Eventually, she hopes to both see her novel published and become a science-fiction and fantasy editor for a small publishing company. When not working or writing, she can often be found out dancing in Baltimore or DC, or immersing herself in the World of Warcraft raiding with her level 70 hunter.