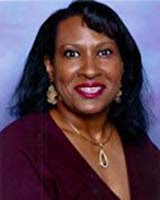 K. Ceres Wright
1. Which of your characters is your favorite?
Thia Wayan. She's a government agent who kicks butt and takes no prisoners. She says what's on her mind, and has an intensity that borders on mania.

2. Tell me about your travels.
I was born in Alaska, moved to Chi-Town when I was 1, then onto Germany for preschool through first grade (and my mother dragged me to every castle in Germany, France, and Italy [or so it seemed]). Then we moved to Baltimore, Maryland, for second and third grade, then to Korea for fourth and half of fifth grade. When I got married, I moved to the DC metropolitan area and have been there ever since. I've also traveled to Montreal and several states (U.S. and mental).

4. What else can you do besides write?
I can instill fear and guilt in my children faster than a speeding bullet. And surf the Web (is that a skill?)

5. Who are you reading right now?
Robert Heinlein's The Moon is a Harsh Mistress. I think the Earth is even more harsh, but that's another story.

6. Pop culture or academia?
Both. One of my guilty pleasures is reading the tabloids at the supermarket checkout.

7. What is the toughest scene you ever wrote?
When my protagonist's father was in a coma and she was reminiscing about the arguments her parents had had.

8. Where do you find your inspirations to write?
Current events, technology news, and my warped subconscious.

9. Food you could eat everyday.
Cheese. I love cheese, but it's quite fattening. I've had to settle for low-fat mozzarella cheese sticks.

10. Are you into sports or other physical activities?
I used to play tennis, but not anymore. I go to the gym, but only because I have to.

11. What kind of music speaks to you?
I like the heavy-hitting beats of hip hop, and the serenity of baroque.

12. Do you outline your stories or do they just take you along for the ride?
Both. I have to outline, or I'll end up in a confused mess, but I let my imagination drive each scene.

14. Who are the biggest influences on your work?
William Gibson, K. W. Jeter, and Richard Morgan.

15. Do you still watch cartoons?
Of course! I have kids. My favorite is Courage the Cowardly Dog, but I'm often pressed into watching Naruto (which I call Depresso, because someone dies in almost every episode), Avatar, Camp Lazlo, Fairly Odd Parents, and Jimmy Neutron.


K. Ceres Wright is a technical writer and editor who writes science fiction when she can pull spare minutes from the space-time continuum. Her poem Doomed is an editor's choice in the current issue of Star*Line, the journal of the Science Fiction Poetry Association. She holds a degree in finance and economics from the University of Maryland, College Park and a Master's in Writing Popular Fiction from Seton Hill University.