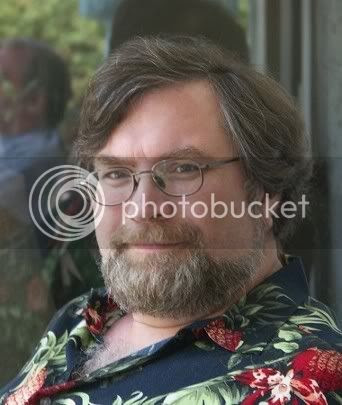 1. Which of your characters is your favorite?
I have favorite characters in each book and one favorite character overall. In Ghost Road Blues and its two sequels -Dead Man’s Song and Bad Moon Rising (to be released May 8, 2008), my favorite character to write was the teenager, Mike Sweeney. He’s damaged, misunderstood, tragic, and moody and at the same time he’s capable of being loving and funny. He’s also the character that undergoes the greatest process of change. When we meet him he’s a badly abused teenager who doesn’t think he’ll live long enough to see his next birthday. A lot happens to him over the course of the three books. 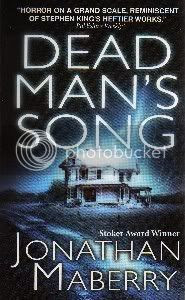 4. What else can you do besides write?
I’m a writing teacher and motivational speaker. I’m co-founder of the Writers Corner USA, a writers education center in Doylestown, PA. I give classes and workshops all over the place, mostly on how to break into the writing biz, and how to get truly motivated to do your best work as a creative person. I do talks at libraries, colleges, writing groups, bookstores...you name it.

8. Where do you find your inspirations to write?
There are two ways to answer that. Like most writers I have more ideas in my head than I’ll ever have time to write. It’s funny, but one of the most common questions writers are asked is ‘Where do you get your ideas?’ and another is ‘Aren’t you afraid you’ll ever run out of ideas?’. A writer would never even think to ask those questions because there is always a process of creation going on in the writers’ mind. Always...it never stops. My characters begin conversations in my head. Scenes take place. For most people this would be a psychological cry for help and Thorazine might be called-for; but to a writer this is another happy day on the job.

On the other hand, specific bursts of inspiration generally come from observing life as one passes through it. Writers observe all the time, and we think about what we observe –sometimes consciously and deliberately, and sometimes subconsciously. We listen in on conversations –not to be rude, but to hear how people speak, how they relate to one another, and how they edit themselves depending on whom they’re talking with. More than once folks have seen me just standing and being quiet at a party and have mistaken that for shyness or ‘being lost in my thoughts’, but in reality I’m very present and am trying to absorb as much of what’s going on as possible. Life, when closely observed, teaches us nearly everything we need to know about making good stories and real characters.

10. Are you into sports or other physical activities?
I’ve been actively involved in jujutsu since I was a little kid. Close on to 46 years now and hold an 8th degree black belt. Back in the 1970s and early ‘80s I competed in full contact martial arts tournaments, boxed, wrestled, and fenced. I taught martial arts for many years, sometimes as a 9-5 gig and sometimes part-time. More recently I ran a small program for classical Japanese swordplay –kenjutsu, a Samurai art—and also taught very physical self-defense workshops for police, SWAT and other law enforcement officers.

11. What kind of music speaks to you?
I love the Blues. Always have. That’s why the Bone Man, a central and rather ghostly character in Ghost Road Blues and its sequels, is a Bluesman; and some of the folklore of the Blues works its way into the story. But I also like classic Rock, folk-rock, early Punk, classical... the list goes on. I always write with the CD-changer randomly switching, so the selection might go from Tom Waits singing Murder in the Red Barn to Loreena McKennitt’s Bonny Swans to The Pogues Young Ned of the Hill to Howlin Wolf’s Little Red Rooster to the Goldberg Variations.

12. Do you outline your stories or do they just take you along for the ride?
I’m a structure kinda guy, but I like elbowroom within that structure. I typically write an outline, some character profiles, and even a preliminary synopsis of the book. Then when I sit down to write I allow myself the freedom to wander as far away from the outline as the story needs to go. If you listen, the story will tell you when it needs to stick to the outline and when it needs to go for a run. The outline is useful, though, because it’s a measuring stick: you can compare the story in development with your original concepts and ideas. An outline also allows you to write in a nonsequential manner. Sometimes I’ll jump ahead and write a scene that’s in chapter eleven, just to satisfy an urge; then I’ll go back to chapter six and pick up where I left off.

The organic process of growing a good novel with a balance of structure and make-it-up-as-you go allows for complex plotting and character development while at the same time permitting spontaneous growth spurts.

Jonathan Maberry is the Bram Stoker Award-winning author of Ghost Road Blues. The second in the trilogy, Dead Man's Song, is now available, and the series will conclude with Bad Moon Rising in May 2008.

He is a professional writer and writing teacher and since 1979 has sold more than 1000 articles, seventeen nonfiction books, six novels, as well as short stories, poetry, song lyrics, video scripts, and two plays. His nonfiction works include Vampire Universe: The Dark World of Supernatural Beings That Hunt Us, Haunt Us and Hunger For Us (Citadel Press, 2006), and The Cryptopedia: A Dictionary of the Weird, Strange and Downright Bizarre (Citadel, 2007). Scheduled nonfiction books include Zombie CSU: The Forensics of the Living Dead (September 2008); They Bite! (2009) and Vampire Hunters and Other Enemies of Evil (2010). 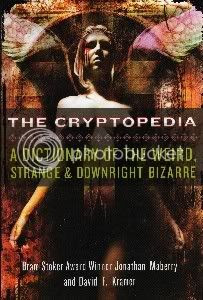 Jonathan recently made a major three-book deal with St. Martins Press for a news series of bio-terrorism thrillers. The first in that series, Patient Zero, will debut in early 2009.

Jonathan is the Executive Director of The Career Doctor for Writers, which provides workshops, classes and editorial services for writers of all genres. He tours libraries and independent bookstores giving his Careers in Writing lecture to packed houses. Jonathan is a speaker for the National Writers Union, and an active member of SFWA, MWA, and HWA. Jonathan is a founding partner of The Writers Corner USA at 4 West Oakland Avenue, Doylestown, PA 18901, a writers’ education center. Jonathan is also the co-founder of The Wild River Review, an online literary magazine.