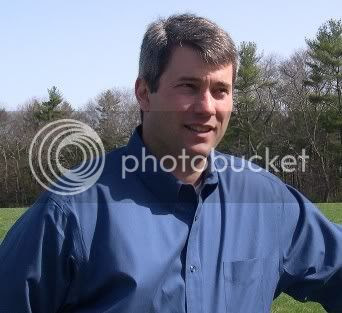 1. Which of your characters is your favorite?
I enjoyed writing Randy Black's character so much that I'm bringing him back in my next book. He has everything. He's smart, sexy and gifted with weapons and machines. On top of that, he transformed himself in Sin and Vengeance into someone who could say anything and do anything at any time. It's very liberating to write a character who allows you to explore things you'd never do in life.

4. What else can you do besides write?
When I was younger, my dad thought it was important to teach my brother and me to survive. With enough bullets and a few tools, I think I'd be ok in the woods for a month or so, smelly, but well fed. Learning to sustain myself gave me an awareness of the world around me that I think most people are robbed of today. I'm not squeamish, so I can analyze things in my work that might make others rush off to find some porcelain. I think the experience also brings a dose of reality to action scenes that I write.

7. What is the toughest scene you ever wrote?
The first Chapter of Sin and Vengeance was very difficult to write. I had to hire actors and play out that scene dozens of times before I got it right. (My readers are laughing here.) Honestly, I needed an intense scene that tied together Taking Stock with Sin and Vengeance and it pushed the limits of what I was comfortable writing. The scene is pivotal to Sin and Vengeance and I think it really made the book. It is also the most commented on when I visit book groups. For the curious (adults only please), it is available at my website - www.22wb.com. 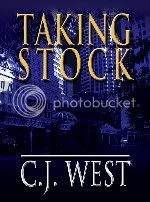 8. Where do you find your inspirations to write?
The world is chock full of inspiration. Every street corner and waiting room is filled with actors just waiting for the stage to be erected beneath them. Since I began writing, I analyze the world around me and twist it, always looking for interesting nuggets.

12. Do you outline your stories or do they just take you along for the ride?
I always outline. I spend months developing scenes on 3x5 cards, which I arrange on two large corkboards. I create characters and arrange and re-arrange the scenes until I'm satisfied with the feel of the story. Then I transfer the scenes to a few computer-based tools I've developed and begin writing.

My typical outline covers much of the novel, but there are always great ideas that arise from drafting.

14. Who are the biggest influences on your work?
W. Sommerset Maugham wrote a collection of short stories about his travels in the Far East and Europe. I was struck by the variety of characters he depicted and felt that he was bringing me a part of the world that I might not see otherwise. I try to do the same by weaving the topics I research into my finished work.

CJ was raised in a tiny town in Massachusetts where his family has lived for three generations. When CJ was a boy, the family had a variety of animals and boasted a poultry incubator large enough to hatch a chick for every resident of the town – all at one time. Although it was never a professional enterprise, the family continued to raise animals for many years and CJ developed a love for the outdoors and wildlife. He supports a number of environmental causes today.

CJ wrote his first book in 1979 while bored during school hours, but at that time writing was second to golf. CJ practiced hard daily and eventually entertained hopes of playing professionally. In 1985 he chose Southeastern Massachusetts University (now UMASS Dartmouth) over golf and studied Business Management which advanced his career in computer technology.

Twenty years after that first book, CJ plunged back into writing. After six years studying other authors and working at his craft, CJ released Sin and Vengeance in 2005. He currently lives in suburban Massachusetts with his wife and two children.
cj west heidi ruby miller heidi's pick six