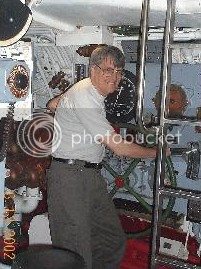 5. Who are you reading right now?
As a judge for the IAMTW (International Association of Media Tie-in Writers) Scribes Award, I just finished reading 27 novels. I did that in about five months, along with other books I needed for research (found out a lot about Chinese pirates, matey). But that's a done deal (awards will be presented at the San Diego Comic Con) and I knocked off book #4, Rocket Racers, in the Tom Swift, Young Inventor series quickly. (#2, Robot Olympics, is the best of the lot, and #3, Space Hotel, was awful). I made a pitch to write for the series but all the titles are being done in-house. However, I grew up reading Tom Swift Jr and Tom Sr books and have a soft spot in my head for any Tom Swift series. (No dissing series 3 or 4--I wrote titles in both of them)

Sitting on my shelf waiting for the time to read is Lee Goldberg's newest Monk book, Mr Monk and the Blue Flu. A couple of the old Toby Peters mysteries by Stuart Kaminsky are also sitting there waiting for my delectation.


6. Pop culture or academia?
Pop culture, please, and make it a double. This was driven home to me quite a few years back when I was asked to speak to two UNM classes. Rudolfo Anaya (Bless Me, Ultima and a lot of other bestsellers) was teaching a fiction writing class. I started by saying, "You can make money writing." The temperature in the class dropped twenty degrees, pens clicked and were stuffed back into notebooks that were slammed shut. Creative Writing classes aren't the place for such claims--they write "Art." The next day I talked to Tony Hillerman's journalism class (Tony just won a second Spur Award). I had not prepared another talk. So I started off, ready to cringe. Yup, ballpoint pens clicked...as notebooks opened and everyone learned forward ready to hear how. Moneygrubbers. And several of them from that class actually make their living writing now.

Over the years, I find myself less interested in academic pursuits than obviously pop culture ones. I've had speaking roles in the indy movies Science Bastard (as the lovable old curmudgeon who turns into a space monster), The Stink of Flesh (as not so lovable curmudgeon Mr Rainville who gets his throat ripped out by zombies), Scream, Science Bastard, Scream (as Doctor Bob, a mad scientist--I know, this was typecasting), Gimme Skelter (as a kindly old lecherous country doctor butchered by Manson's children) and most recently, Black (a Goth panegyric featuring me as curmudgeonly biology teacher Mr. Feld). Obviously all on the fringes of society and not academically so.

For what it's worth, I wrote the novelization for The Stink of Flesh. Buy a copy at Amazon. Buy the movie at Amazon. There might actually be a sequel.


7. What is the toughest scene you ever wrote?
8. Where do you find your inspirations to write?
9. Food you could eat everyday.

10. Are you into sports or other physical activities?
Nothing bores me more than watching sports. I somehow got to be a staff editor on five annual Fantasy Football magazines, but they have to continually explain all the terms to me (don't ask what I thought "eight in the box" meant). In high school, I took up judo and played through my freshman year in college (and rank of ikkyu )when I twisted my knee so badly I was told either give up judo or get operated on--and give up judo. So I took up fencing and was city epee champion the same year I taught a beginning fencing class at UNM.

Since then I've moderated a bit and took up geocaching about four years ago. It's easy to explain. Check out http://www.geocaching.com if you want to know the details. Their slogan is: The sport where you are the search engine. This feeds my fantasies of finding buried treasure plus getting me outdoors. Sometimes suicidally. I turn on my GPS and it turns off my common sense. I spent two hours wandering in the Nevada desert a couple years ago, at high noon (104 was the recorded temp then) hunting for a cache. When I got within 200 feet of it, I found that 200 feet was straight up. There was a lot easier way to reach it than scaling a sheer cliff, of course. Got back to my car, drove around, got the cache within minutes, then went after another one. This one was really out in the boonies about 30 miles and my fuel level was getting low. Very low. Like E on the Empty. But I scored this cache, too. And lived to marvel about it.

12. Do you outline your stories or do they just take you along for the ride?
Being taken for a ride echoes of too many gangster movies. I might spend weeks or longer outlining a story, working through plot elements and making sure I know where the story is headed. Only then do I start writing (outlines can run 10 pages or so--even a short story outline might be a couple pages long). I am always amazed at friends who just start writing. I think they know in their heads the precise outline and just don't write it down. But that’s just me.

13. Celebrity crush.
There are several. One that distresses me is Kelly Hu. I have watched The Scorpion King far too many times because of the costume she is almost wearing. Ah, to be the costumer responsible for gluing that on. Sela Ward is another. I even forced myself to watch the House episodes she was on. Of longest standing is Catherine Deneuve. I hate musicals. I don't know how many times I've watched Umbrellas of Cherbourg, but luckily she has also been in some spectacularly brilliant movies, usually with Luis Bunuel as director. While I think the movie The Hunger was a bad adaptation of a really good book, I can watch the scene with Deneuve and Sarandon over and over (and don't bother telling me they used body doubles--this is my fantasy, thank you). Some day, The April Fools might even be released on DVD.

15. Do you still watch cartoons?
I suppose the answer to this is a qualified yes. I really enjoyed Space Invader Zim and a friend recently loaned me the first two seasons of Robot Chicken, which were certainly for the attention deficit crowd, as well as being hilarious. But the way movies are made now makes me more inclined to say definitely yes to this. Shrek was about the last of the obviously all-animation movies I enjoyed, but regular movies are mostly animated using CGI now. Sin City is more cartoon than live action. 300 was wonderful--and owed 90% to CGI. While the story had a lot of problems, the granddaddy of this kind of film is Sky Captain and the World of Tomorrow. The Harry Potter movies owe a great deal to CGI--the scenes of flying over the lake in the last one were nothing less than breathtaking. Most all of Peter Jackson's latest movies have been heavily CGI. And of course there're the Pirates of the Caribbean movies. Some makeup, lots of CGI. Friends of a friend have a short reel showing how they became the Siamese twin pirate using a motion capture suit, featured more prominently in the next one. Http://www.symondstwins.com

But if an old Roadrunner cartoon happens to be on a channel I'm flipping across, I'll watch it. Beep, beep.

Robert E. Vardeman is the author of more than fifty fantasy and science fiction novels, as well as numerous westerns under various pen names, including Karl Lassiter. Titles include the fantasy nonary Swords of Raemllyn series coauthored with Geo W Proctor and the sf reprint of the Star Frontier trilogy set for November, 2007, followed by the fantasy After the Spell Wars trilogy in 2008.

Recent short fiction includes "The Pirate and the Peach" in Sails & Sorcery,

"Purification" in the Warhammer anthology, Invasion!, and "Coins of Darkun" in Tales of the Blue Kingdoms. As Karl Lassiter, Vardeman just sold his first western short story, "After Black Jack Dropped," to Lost Trails.

Vardeman is a longtime resident of Albuquerque, New Mexico, graduating from the University of New Mexico with a B.S. in physics and a M.S. in materials engineering. He worked for Sandia National Laboratories in the Solid State Physics Research Department before becoming a full time writer.
heidi ruby miller heidi's pick six robert e. vardeman