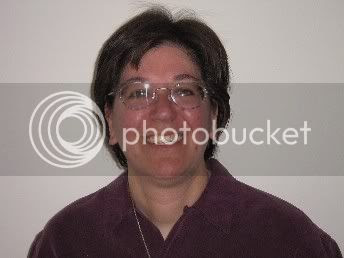 2. Tell me about your travels.
We're Northeast transplants to the Pacific Northwest; our domestic travels have focused on the edges of the U.S. and Canada. We're nibbling away at the interior, such as last summer's road trip through Salt Lake City and Moab into Colorado as far as the Continental Divide. We landed here on the West Coast after four years in Germany, where we sampled some of the surrounding parts of Europe as well: London, Florence, Switzerland, Austria, Normandy and Brittany in France, Scotland, Ireland, Luxemburg. We were in-country when the Berlin Wall came down, and had the opportunity to see the city before and after. The intersection that was Checkpoint Charlie turned into a shrine to capitalism! Surreal.

But my husband, Mike, wins hands down for globe-trotting, touching down on all seven continents. Yes, Antarctica too. He worked a summer season at the South Pole on a National Science Foundation project. We joined up in New Zealand when he came off the ice and we took a leisurely tour of North Island. I wasn't able to join him on the rest of his travels for the most part, unfortunately, but he's a great observer and storyteller -- the ultimate writer's resource if you can't do the fieldwork yourself.

His passport will be getting much less wear, however, now that he's changed jobs. Work trips these days are back and forth to West Texas -- and it's much simpler for me to tag along! I've already seen a tarantula the size of my fist down there. Maybe next time I'll catch a glimpse of the Marfa Lights.

4. What else can you do besides write?
Navigate by map and compass. We volunteered for five years with the county Search and Rescue organization, which is a terrific way to spend time outdoors in all conditions and learn all sorts of interesting skills -- highly useful for a writer! And, yes, help people while you're at it. We were tasked on one mission to follow a compass bearing from Point A to Point B, through the woods at night, with all the difficulties you might imagine. We made our target dead on. GPS is terrific technology, but if your batteries die or you can't hit enough satellites to fix your location, you're carrying an expensive paperweight. A map and compass won't let you down, as long as you know how to use them.

5. Who are you reading right now?
I just finished a long travel weekend, which meant more reading than I've managed in a while: I tore through the last volume in Philip Pullman's His Dark Materials trilogy, which I missed somehow when it first came out, as well as Harry Potter and the Deathly Hallows, and John Scalzi's Old Man's War. And I'm halfway through Mary Rosenblum's Water Rites.

9. Food you could eat everyday.
Noodles in all their forms. Just about any and all: macaroni and cheese, lo mein, wonton, pho, yakisoba, lasagna, pasta in its myriad forms and sauces. Two exceptions: clam sauce and pad thai.

10. Are you into sports or other physical activities?
I dabble. Downhill skiing, snowshoeing, hiking and cycling are the main activities, though since I put my bike on the trainer it hasn't gotten much road or trail time. Sailing, too, but there I'm just along for the ride.

12. Do you outline your stories or do they just take you along for the ride?
I need a good idea where I'm going when I get started, but I don't work with overly detailed outlines on novels. They're more lists of key events and developments along the way -- landmarks, if you will, rather than Mapquest directions. That gives me room to detour and spend a little more time in one spot over another if the story inclines that way. For the historical fantasy I'm working on now, I needed a lot of research up front to know what was going on in that time and place that would impact my characters.

With short stories, I prefer to have the start and end points, and I can usually find my way between them as I go. The few times I just started wandering off from the start point without knowing where I was heading have been much more difficult. I try to avoid it, but sometimes you have to get lost to figure out where you need to be.

Renee Stern is a former newspaper reporter turned free-lance writer whose articles for trade publications range from building custom furniture to developing agricultural robots. Her short fiction credits include Oceans of the Mind, Aeon Speculative Fiction and Black Gate. A fan of true accounts of exploration -- Lewis and Clark, Thompson, Franklin, Amundsen and Shackleton -- she is currently at work on a historical fantasy trilogy set in part during the Age of Exploration.

Her short story "Hostage" is in the latest Fantasist Enterprises anthology Sails and Sorcery.

Sails and Sorcery:Tales of Nautical Fantasy
Posted by Heidi Ruby Miller at 10:40 AM