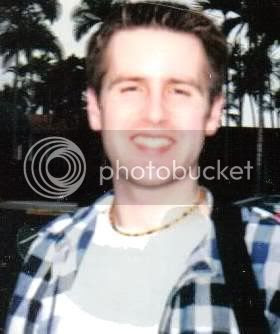 1. Which of your characters is your favorite?
The character in my latest story of course. I mainly write near-term science fiction, so I don't have as many recurring characters as, say, a fantasy author might have. My characters inevitably get crushed under the weight of technology. No, I'm serious, terrible things happen to my characters. I wouldn't want to be any of them.

4. What else can you do besides write?
Um, I can balance a pencil on my nose, point first?

In my day job, I'm a computer programmer, so robots and artificial intelligence feature in a lot of my fiction. It's my sincere fear that one day our robot creations will eventually assume the mantle of master and we will be relegated to the doghouse, or a small place in front of the hearth. I use my fiction to try and figure out a way where we can co-exist with robot to come. I haven't found one yet.

5. Who are you reading right now?
I read a lot of fantasy as a child-Terry Brooks, Dave Duncan, Piers Anthony. Now I'm trying to "catch-up" and get current in sci-fi. I've been reading Heinlein, Vinge, Scalzi, Mieville, and many others. I recently read The Road by Cormac McCarthy in order to figure out how a sci-fi piece both gets on Oprah and wins the Pulitzer Prize.

8. Where do you find your inspirations to write?
Often I'll be reading a piece and think, "Pawshah (yes, I actually make that sound in my head), I could do better than that!" or "It would have been way cooler if this happened" and so I write the story the way I'd like it (except it always turns out so different from the source that the original comparison is moot).

12. Do you outline your stories or do they just take you along for the ride?
I used to just dash off a piece, but lately I've been outlining with great results. When you can see the whole story laid out before you, potential twists and turns, and even weak points spring out at you in a way they wouldn't if you were just plowing through a story. Outlining allows you to see the forest instead of just the trees.

14. Who are the biggest influences on your work?
Whoever I'm reading right now. This is dangerous for me. I was reading Asimov's Foundation series and wrote a bunch of stories in that style. The problem is that no one writes like that any more. Lately, I've been reading contemporary authors who are getting published in the same markets I'd love to break into, for this very reason.

Jordan Lapp writes computer programs by day and short fiction by night—when he's not running around Gotham in a bat costume. He is most famous for inventing toast, and in 1989, led the first successful expedition to the West Pole.

Jordan writes mostly science fiction, with the occasional foray into fantasy. In 2005, Jordan won the Vancouver Courier Short Fiction contest, and he has recently been picked as a Semi-Finalist in Writers of the Future. In 2007, he co-founded the flash fiction magazine Every Day Fiction dot com which he tends to like a small child.

His short story "The Second Voyage of the Stormreaver’s Blade" is part of the Fantasist Enterprises' anthology Sails and Sorcery: Tales of Nautical Fantasy.