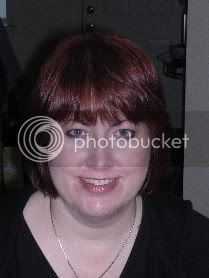 5. Who are you reading right now?
I'm reading Elizabeth Von Armin's The Enchanted April, the book that the movie Enchanted April was based on, and since the movie's not out on DVD yet, this seemed the next best thing to reliving the VHS. The book was written in 1921, so it's interesting to see how some things have changed in terms of craft but how the basic storytelling concept has not. I also just finished The Foretelling, a young adult book by Alice Hoffman, Moon Called, a contemporary fantasy by Patricia Briggs, and Donorboy, an absolutely stupendous literary outing by Brendan Halpin.

8. Where do you find your inspirations to write?
I've been told by those who know me that I have certain themes I hit repeatedly. Loss is one of them--especially of a mother (I lost mine almost a decade ago and am still trying to come to terms with it). Also redemption--I love to take someone who appears to be on one path and turn them around. I play with other themes like loyalty, love, trust, choice, and consequences. And sometimes I just like to be silly and forget the themes. I'm heavily influenced by mythology and love to incorporate it into stories whenever I can. I also enjoy fantasy because it allows me to play with magic, and incorporate those earlier themes of loss and redemption and love into a not quite true-to-life world. I'm inspired by things I see: beautiful landscapes, birds flying, people interacting. And I don't know where some stories come from. They just are.

11. What kind of music speaks to you?
I'm a big music collector. My favs are alternative rock and female singer-songwriters. Groups I enjoy are Theory of a Deadman, Linkin Park, 3 Doors Down, Lifehouse, Hoobastank, Garbage, Evanescence, The Calling, Antigone Rising and others. Other musicians I enjoy include Tara MacLean, Vienna Teng, Kendall Payne, Fisher, Happy Rhodes, and Michelle Branch (both alone and in The Wreckers). I don't tend to buy country, but I adore Trisha Yearwood. I find I write best to loud male alternative groups. I have no idea why, but that music disappears into the background for me in a way others don't. It may be because I used to have really noisy downstairs neighbors, and the loud alternative music was the only way to drown out their theater vision TV.

12. Do you outline your stories or do they just take you along for the ride?
Generally, the muse is in control and I'm just the scribe, especially on shorter stuff. There are times I know the entire plot, and other times I just sit down at the keyboard because I know something is ready to come out, but I have no idea what will emerge. Novels I tend to chart out; there are more loose ends to take care of and you need to work out where sections will break, where chapters will end, etc. I also tend to write the end of the longer stuff (if I know the end) early on. One of my pet peeves is a book that is wonderful all the way through and then finishes abruptly, as if the author grew so sick of it they wanted to end it right that second. I think the end should be the most satisfying part of the thing--doesn't have to be happy, or even resolve everything, but there should be some sense of completion and "intent" to it.

14. Who are the biggest influences on your work?
I adore anything by Joss Whedon. The man is a genius, and I love the way he uses dialogue (not to mention his ability to create a story that can make you laugh and rip your heart out, all within seconds of each other). I listen to any audio commentary I can find he's done, because I learn a lot about storytelling that way. Others who I admire and try to emulate would be Kevin Smith and Christopher Guest for the way they use ensembles and humor, and Doug Coupland, Max Barry, and Brendan Halpin for their ability to make a story humorous and tragic all at once--their work is both accessible and thought-provoking.

15. Do you still watch cartoons?
Yes, I watch Justice League (does that count since they it's off the air now?) but I don't watch many others, never got into The Simpsons or South Park (although I think Team America is genius, and the soundtrack cracks me up every time I listen to it). I also read comics, primarily DC superhero stuff--although DC's last reset did me in, so right now I'm only buying the Buffy Season 8 comics.

Gerri Leen lives in Northern Virginia and originally hails from Seattle. She writes in many genres, but her favorites are fantasy or myth-based stories. In addition to "The Drum of the Sea" in the Fantasist Enterprises' anthology Sails and Sorcery: Tales of Nautical Fantasy,

her short stories have appeared in Fusion Fragment, Mytholog, Shred of Evidence, The First Line, and three editions of the Star Trek Strange New Worlds contest anthology (her story, "The Smell of Dead Roses," won the grand prize in Strange New Worlds 10). Her work has also been accepted by the Fantastical Visions V anthology, Renard's Menagerie, GlassFire, and GrendelSong. She has written a contemporary fantasy novel, which she is currently trying to find a home for, and is working on several other novels. She also writes poetry when the mood hits her and has one poem published.
gerri leen heidi ruby miller heidi's pick six sails and sorcery tales of nautical fantasy