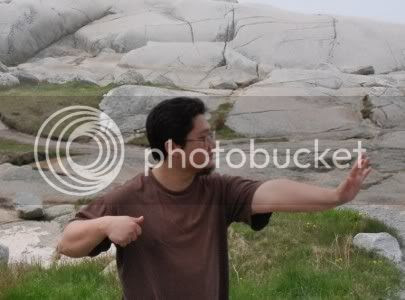 5. Who are you reading right now?
Dracula. I never read it and I thought it was about time. It’s full of sex like crazy which is funny since Stoker was one of those guys that advocated censorship. But do you know what surprised me the most about the book? Dracula sports a moustache. Bela Legosi cemented the look of Dracula so much that no one even knows that the guy in the book liked to grow the old lip caterpillar.

I’m also reading The Idiot’s Guide to Graphic Novels. It’s useful because it teaches me about aspects of comic book making that I am not aware of and I think it’ll help when working with artists if I know what exactly they are doing.


6. Pop culture or academia?
Does it have to be one or the other? Somewhere along the way people found that talking about art was just as important as the art itself, and in some ways I agree, one can’t exist without the other. Pop culture is just a form of art, its target audience may not be for the high intellectuals but neither was Shakespeare. If I had to choose then I would have to go with pop culture because the works that are popular now will very often become the object of study for the future. Why? Because the fans know how to keep something alive in the general consciousness better than an academic.

7. What is the toughest scene you ever wrote?
Sex scene. Alien sex scene. I kept on thinking, what will my family think if they read it?

10. Are you into sports or other physical activities?
Lakers basketball. I think heaven is a place where I sit watching a Laker game and a never-ending bucket of chicken rests right beside me.

12. Do you outline your stories or do they just take you along for the ride?
Outline. I have to outline or I don’t know what the next word is. This is why I never start a story without knowing the end. I know that it all sounds like I have no room for sparks of inspiration but that’s not the case. Sometimes I can get surprised by where the writing is going and I have to follow that path, it’s just that when that happens I have to stop and plan it all out again.

One benefit of doing it this way is that I rarely have to look back at my story and say, nope that doesn’t work and have to rewrite an entire chapter or scene.


13. Celebrity crush.
14. Who are the biggest influences on your work?

15. Do you still watch cartoons?
Hell yeah. I love anime in its many forms, I even wrote a 50 page essay about Neon Genesis Evangeline. Some of my faves include Gargoyles, Bleach, Cowboy Bebop, Ranma, Inuyasha, RoadRunner cartoons, He-man, Transformers, Robotech, Samurai Champloo, Ninja Scroll, Clone Wars, Samurai Jack, Dexter’s Lab, The Last Airbender, Spider-man… the list goes on and on.

Chun Lee has been a huge fan of comic books since he was twelve and collecting Marvel Universe Cards. So, it's no surprise he would be writing his own comic for FE Comics. The Fracture, co-written with Diana Dru Botsford with artists John R. P. Nyaid and Axel Medellin Machain, tells how five fractured humans band together to change a future where aliens use humanity as test tubes, even if that means changing the past. 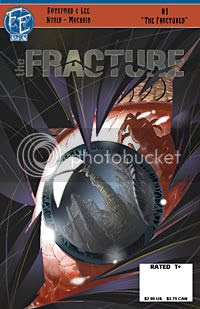 Chun now lives in LaFayette, Louisiana, deflecting questions of why he went from the frozen wasteland of Maine to the scorching heat of the South, after growing up in Southern California. His short story “A Contained Inferno” was featured in the March 31st issue of the The Late Late Show, and his short story “Stillworld” will be in the FE anthology Sails and Sorcery.

Chun graduated with a Master's in Writing Popular Fiction from Seton Hill University and is currently pursuing his doctorate at the University of Louisiana.
chun lee heidi ruby miller heidi's pick six sails and sorcery tales of nautical fantasy