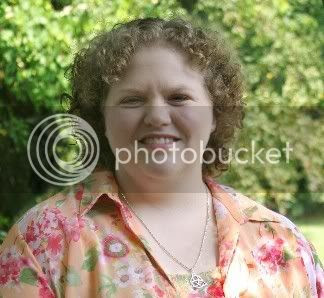 1. Which of your characters is your favorite?
Right now, Rachel Cuthbert. She's in the series I'm shopping around, and not even the main character, but she's got some spunk. It's odd, all four girls in the books have distinct personalities, but are a different facet of me. Rachel's the outspoken, athletic (not me!), let's do it now! girl. Kaia, the fairy in the Zandria books, is a lot like her, but Kaia has a more innocent side that Rachel doesn't.

4. What else can you do besides write?
I make my own candles, and wax-dipped bears - they're air fresheners- that I sell at craft fairs. I do beadwork, and I sew (I make all my own Faire Wear), I also crochet and scrapbook. I'm crafty like that.

7. What is the toughest scene you ever wrote?
I haven't written it yet. I know that sounds weird, but I already know it's going to be the hardest. It's in my head, ready for the last book of my series. It's going to be gut-wrenching. One that I've already written? A scene in the second book of the unsold series. Something bad happens to a secondary character, who is related to another secondary character. It was hard because I had to write it from the MC's point of view, being outside of the incident, but still relating to the other person.

8. Where do you find your inspirations to write?
Everywhere. Once I saw two little girls playing, and one was showing the other her necklace, and I had a brilliant flash of inspiration about a plotpoint in the book I'm working on now. I try to pay attention to how kids interact with each other when I substitute teach, too, and incorporate some of it in my characters. I also watch a lot of movies and find a great deal of inspiration there. Movies are especially helpful if you're trying to write about a real place you've never been, like Venice or Paris or Timbuctoo.

And the web - I'm always using the web, especially when I had to write about the interior of the Parthenon in Greece or some Temple in Egypt. I want the descriptions to be as accurate as I can make them; you can find some pretty good drawings of such things on the web. Finding the answers is very motivating.

12. Do you outline your stories or do they just take you along for the ride?
I'm an organic writer, mostly. But I'm a note-taker. If I think of something to happen later, I write it down. If I think of something I've missed in a scene already written, I write it down. I write myself questions that I want to answer in the book about plot points. Writing them as questions makes me really think about what I want to say. I love those little hardcover notebooks you get at the dollar store, because I can take them with me, and they're perfect for note-taking, but too small to actually write books in.

14. Who are the biggest influences on your work?
All the 'initial' fantasy writers - C.S. Lewis, JRR Tolkien, JK Rowling. I know everyone says that, right? I also love Tamora Pierce, because she's got a great voice and wonderful characters and rich description. I read a lot of YA and MG fantasy, and try to figure out what each author does to make their books 'work'. I always appreciate a good fantasy, no matter the author. I'm always looking for the 'off the beaten path' writers, because there are some real gems hidden out there if you take the time to look for them.

Christine Norris was born on Friday, August 13, 1971. She has always thought of Friday the 13th as her lucky day.

She grew up in the small town of Sewell, in southern New Jersey, where she still lives today. Her mother was an English teacher who gave it up and worked at home as a seamstress to raise her three daughters, while her father worked for the US government. She has two younger sisters, which made the house busy and noisy for most of her childhood. There was always something going on – dance classes, sports practice, music lessons.

The arts run in her family. Her great-great grandfather was a stage manager in Philadelphia, and her great-grandfather held various stage crew jobs, traveling with the companies to such venues as the Palace Theater in New York City. Her grandmother was an artist and accomplished musician, and her mother also had a talent for musical instruments. Christine is all thumbs with instruments, unlike her middle sister, but likes to sing. In High School, she was in three musicals, the choir and the Vocale Ensemble.

After High School, she went to college to study theater. But after three years, she decided that it was more fun as a hobby. She was involved in several local theater groups. Her favorite type of performing was Children’s theater, because she could be as silly as she wanted and nobody said she was being unprofessional. After leaving college, Christine had several jobs. She worked in a pasta factory, a health club, and a five star hotel spa before deciding to go back to school. She enrolled part-time at Philadelphia Community College, where she took core classes for two years before transferring to Temple University.

She wishes she could say that she has been writing since she was small or something profound like that, but it’s just not true. She played around with writing on and off since high school, she didn’t pick up a pen and write seriously until 2001. Three years later, The Talisman of Zandria was finished. Her most recent novel is a follow up titled Return to Zandria. 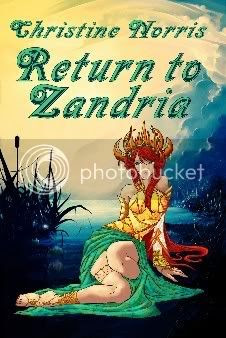