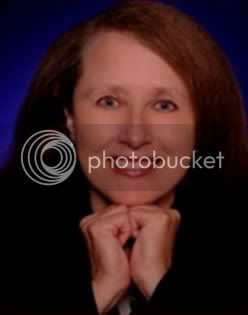 1. Which of your characters is your favorite?
Hands down it's Ian MacPherson from Run No More. A) He's a Scot. B) He's a cat burglar. C) He looks great in a tux. And D) Did I mention that he's a Scot? Think a young Sean Connery. Same voice. Same eyebrows.

5. Who are you reading right now?
Jim Butcher. My daughter sent me Storm Front, Book One of The Dresden Files.

7. What is the toughest scene you ever wrote?
I sweated blood over the final scene of Something Wicked, the vampire book that comes out at the end of July. I rewrote it--totally rewrote as in completely different scenes--four times. The problem was, I needed to do the happily-ever-after thing plus have closing circle back to the themes and imagery of the opening. The first three attempts did that, but they were predictable. The final version has a spark the others lacked, but man, was it ever a torturous journey!

9. Food you could eat everyday.
Strawberries, Dove chocolates, mesquite smoked turkey, and cheddar cheese, not necessarily in that order.


Catherine Mulvany’s life is a fairy tale. Okay, a fractured fairy tale. At age eleven she fell hopelessly in love with a little town in eastern Oregon. With a population under fifty—counting the cats and dogs—the town didn’t even qualify as one-horse, but the place had character. Character and an abundance of arkayesses.

Never heard of an arkayess? Neither had Catherine. But on the first day of her visit, she became intimately acquainted with one particularly gruesome member of this species—also known as the road-killed snake. Arkayess. RKS. Road-killed snake. Get it?

She did. The hard way.

Catherine was walking along a side street, minding her own business, when the orneriest boy in town came riding down the road on his bike, swinging a dead snake like a lariat. “You’d better run, kid,” he yelled. “I’m gonna wrap this arkayess around your leg!”

He followed. (Are you getting that whole fairy tale connection? Knight on a white charger equals boy on a bike?)

When he got close enough, he took aim, then let that snake fly. It cartwheeled through the air with deadly accuracy to coil itself around her bare leg.

The boy was almost as shocked as Catherine; he hadn’t expected to hit his target. So to make it up to her, he proposed...and it only took him nine years to do it. She accepted, of course, and they’ve lived happily ever after in their very own castle.

All right. So it’s really a three-bedroom ranch house, but it has an irrigation ditch out back, and that’s practically a moat, right?
catherine mulvany heidi ruby miller heidi's pick six