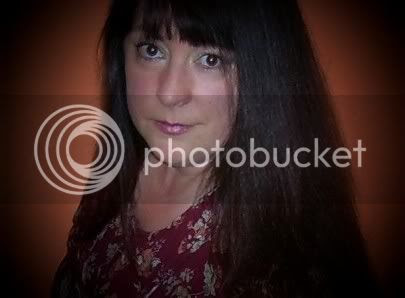 1. Which of your characters is your favorite?
At the moment, that would have to be Rowan. He’s attending college right now, and is living with his Aunt Lydia. You can meet them both in "Seagull Inn," a ghost story which will appear in Ruins, an anthology due to be published this summer by Hadley Rille Books. He also appears anonymously in a very short story, "Shell Boy," which isn’t available anywhere yet, and is the main character in my next novel.

Rowan is typical of many young adults in that he’s not quite sure what he wants to do with his life. He’s known some awful times but, thanks to Lydia, his life is stable right now. That’s bound to change in the novel, of course – but I won’t give anything away.

4. What else can you do besides write?
Photography is a big interest. It’s due to this interest that I met my husband, Richard. We were working as photographers for Conservation Practise, making a visual record of listed buildings and monuments around Liverpool, and taking photos for the company magazine. Richard opened his own tattoo studio in 1993, but we still pursue our photography and have a number of different cameras. We intend to convert the attic for use as a darkroom eventually. All the necessary equipment is ready and waiting; we just need to make the attic light-tight – and find the time.

Pottery is another interest. I worked for Pretty Ugly Pottery when they had a large place by the docks in Liverpool. As a tour guide, I’d lead international groups of tourists or schoolchildren around the production area and explain how we made the famous Ugly Mugs, before taking them into the Have-A-Go area where they’d attempt to decorate a mug of their own. When there were no tours, I’d be busy making the faces on Ugly Mugs or on large tankards which required a more complex caricature. I’ve also completed college classes in pottery, which I thoroughly enjoyed.

Fine Art painting interests me; I usually paint portraits in oils, though I sketch in ink and watercolours. I went to art school, but I don’t paint anything like as often as I used to. Most of my creative energy is focussed on writing, which is also the reason why I’ve not done any patchwork or embroidery recently.

Genealogy is another pursuit. I’m the custodian of my family’s genealogical records, having been handed a mass of documents, certificates and notations acquired and developed by an elderly family member. It’s taken me many months just to create some kind of order from the mass of files and folders and plastic bags stuffed with data. My father’s family name can be traced back to 11th century Norman England, while my mother’s family allegedly has its origins with the Picts.

5. Who are you reading right now?
I’ve literally just begun reading From the Ashes of Angels by Andrew Collins, and the last book I read was Asne Seirstad’s The Bookseller of Kabul, which made fascinating reading and yet was depressing also, simply because of the awful poverty and oppression of the Afghan way of life.

I’m always reading; on average, I get through forty books every year. I’ve always been an avid reader. I learned how to read at the age of four and have never stopped since.

8. Where do you find your inspirations to write?
Ancient history and mythology have interested me since early childhood. I’m fortunate enough to live in an area rich with history – Celts, Vikings, Romans and Normans have all settled here, in the Wirral Peninsula in Cheshire, England. Most of my short stories are set here, such as A Wirral Otherkin Trilogy, which is available to buy through Amazon.com, which uses a combination of local history and Celtic folklore as a source for ideas.

My unpublished novel, Tamsin is set in the district of Aigburth in Liverpool, which is on the opposite side of the River Mersey from Wirral. Tamsin’s description of the area around Lark Lane comes from my own experience of living there. I regularly attended the craft fairs which she visits, and I know Sefton Park and its Victorian Palm House and the boating lake well. Liverpool is such a dynamic city, with a vast maritime history. It once rivalled London to become the capital of England. These-days, Liverpool is described as Europe’s biggest building site, as the skyline is crammed with numerous massive cranes, and there are fascinating new buildings springing up all over the city – Victorian and Georgian architecture rubbing shoulders with state-of-the-art modernity. I love the tension and interaction between the ancient and the new. This can be found in my writing, too.

12. Do you outline your stories or do they just take you along for the ride?
With short stories, I have absolutely no idea what’s going to happen when I begin writing them. I’ll start off with a vague idea for a character, or with a phrase or loosely-defined initial situation, and then just see what flows into my imagination.

My first two novels were written to detailed chapter plans. Maybe this is why they’re best left on the shelf and labelled “Learning Experience”. Or maybe one day I’ll find an editor brave enough to wade through them – but probably not!

I find that if I plan things too much, I get bored with the story because I know it already. Ideas are very attractive to me, and if I’ve already explored the idea through the creation of a plan then I become too hungry for the next writing idea. With Tamsin, I began by using creative visualisation with the main characters, imagining scenarios for them and then pasting this onto outline of what I wanted the novel to say.

14. Who are the biggest influences on your work?
Is this where I’m supposed to attempt to make myself sound terribly clever by twittering about Shakespeare and Milton? Maybe I should just skip to question 15?!!

Two of my favourite childhood books were Jonathon Livingston Seagull by Richard Bach, and Born Free by Joy Adamson. I read those till the ink wore thin, and then I discovered Dennis Wheatley’s novels along with Hammer films. One long summer, in my mid-teens, was devoted to the seemingly mandatory study of all of JR Tolkien’s writings, and then for many years after that I didn’t read fiction at all.

The languid mood of Evelyn Waugh’s Brideshead Revisited caught my imagination, and yet I also enjoyed the theme of Edward Bulwer Lytton’s Zanoni. Without realising it at the time, these ideas would come to play a part in my own writings.

I absolutely have to acknowledge Anne Rice’s Vampire Chronicles as an important inspiration, as it was this author’s imagination and use of language which inspired me to start writing fiction. I’d already had poems and a series of non-fiction articles about dream analysis published by then, but I’d not considered taking writing seriously until this point.
15. Do you still watch cartoons?

Folklore, mystery and the local history of Wirral and Liverpool create a unique blend of Dark Fantasy tales by Adele Cosgrove-Bray.

Adele began writing poetry at the age of fourteen, and at seventeen became a member of Leigh Writers’ Workshop, when her first poem plus a humorous small article were published in Pipes of Pan. Adele went on to write and illustrate a monthly dream analysis column for Your Future magazine under the pseudonym of Niamh Koo. Adele self-published a quarterly music fanzine called Smokin’ Dragon for four years before becoming far more interested in writing fiction. She was elected Chair for Riverside Writers in 2003, a post she still holds. She is also a member of Wirral Writers Inc.

Adele was educated at Golborne High School and Leigh Technical College in Lancashire, then later at the City of Liverpool Community College (Art & Design Faculty) and also at that same college’s Riversdale Campus (Pottery Studio).

Adele has worked as an editor for The Birchwood Guidebook, a health promotion officer for South Sefton Health Authority, a library assistant at the Religion & Philosophy Library at Liverpool City Libraries, a photographer for Conservation Practice, a tarot card reader, and as a potter and tour guide for Pretty Ugly Pottery.

She has lived on the Wirral peninsula in Cheshire since the Millennium, where she writes full-time and shares life with her husband Richard, who opened his own tattoo studio in Liverpool city centre in 1993.
adele cosgrove-bray heidi ruby miller heidi's pick six