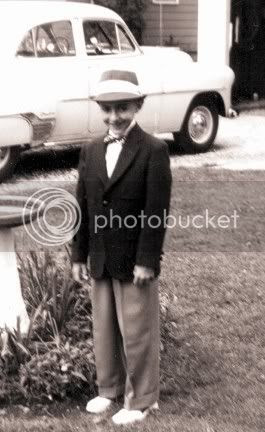 2. Tell me about your travels.
every state except Alaska, Hawaii, and Oregon
Peru, Argentina, Paraguay, France, England, Italy-Sicily, and deep inside my own mind

5. Who are you reading right now?
Gary Braunbeck, Lee Child

10. Are you into sports or other physical activities?
I walk 2 miles a days, some softball and racquetball

11. What kind of music speaks to you?
jazz

12. Do you outline your stories or do they just take you along for the ride?
I roughly figure out where I want a novel to end up; short stories, never.

15. Do you still watch cartoons?
Futurama

Tom Monteleone has been a professional writer since 1972, and 4-time winner of the Bram Stoker Award. He has published more than 100 short stories in numerous magazines and anthologies. His stories have been nominated for many awards, and have appeared in lots of best-of-the-year compilations. His notorious column of opinion and entertainment, The Mothers And Fathers Italian Association, currently appears in Cemetery Dance magazine. He is the editor of seven anthologies, including the highly acclaimed Borderlands series edited with his wife, Elizabeth, of which, Borderlands 5, won a Bram Stoker Award in 2003.

He has written for the stage and television, having scripts produced for American Playhouse (which won him the Bronze Award at the International TV and Film Festival of New York and the Gabriel Award), George Romero’s Tales from the Darkside, and a series on Fox TV entitled Night Visions. He has written many feature-length screenplays, none of which have been produced, but have made him plenty of money anyway.

Of his thirty-six books, his novel, The Blood of the Lamb received the 1993 Bram Stoker Award, and The New York Times Notable Book of the Year Award. His three collections of selected short fiction are Dark Stars and Other Illuminations (1981), Rough Beasts and Other Mutations (2003), The Little Brown Book of Bizarre Stories (2004), and Fearful Symmetries (2004),which won the 2004 Bram Stoker Award. His novels, The Resurrectionist and Night of Broken Souls, global thrillers from Warner Books, received rave reviews and have been optioned for films. The Reckoning (2000), a sequel to The Blood of the Lamb, and Eyes of the Virgin (2002) have been published by Forge. His omnibus volume of essays about the book and film industries entitled The Mothers And Fathers Italian Association was recently published by Borderlands Press and won the 2003 Bram Stoker Award for Non-Fiction. He is also the author of the bestseller, The Complete Idiot’s Guide to Writing a Novel (2004), and is currently at work on his latest novel, a thriller entitled Submerged. His books and stories have been translated into twelve foreign languages. He’s a writer—please don’t call him an “author.”

He likes baseball, the Baltimore Ravens, computers, sour mash whiskey, fine wines, comic books, tons of books to read, all kinds of music (except the stuff sung by people wearing big hats or pants down to their knees), and teaching his kids how to be independent thinkers. Despite being dragged kicking and screaming into his fifties (and losing his hair), he still thinks he is dashingly handsome—humor him. With his wife, Elizabeth, and daughter, Olivia, he recently moved from the frozen tundra (is there any other kind?) of New Hampshire to the rolling hills of Maryland.
Posted by Heidi Ruby Miller at 9:22 AM