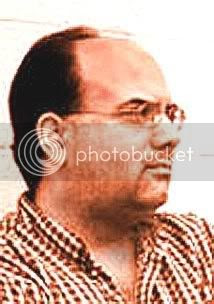 1. Which of your characters is your favorite?
Right now, it's a character dedicated to my late nephew from my current WIP. I named the character after him as a way to honor his memory. He died several years ago from Hodgkin's Disease. Too young to go, but taken anyway.

2. Tell me about your travels.
Best vacation so far was to Scotland two years back, when we went to Worldcon and stayed over to see the sites in Edinburgh. Saw the military tattoo, took a boat out on Loch Ness, and crawled through the siege tunnels in the castle outside St. Andrews.

3. Coffee, tea, or milk?
Both. Tea in the morning and evening when I make it for my wife and daughters before heading off to work. Coffee at work, because it's there and I don't have to make it. Never milk. Unless it's in cereal. Had a bad experience as a kid once where I accidentally tried butter milk on corn flakes. Didn't put me off cereal, but it killed milk drinking for me. I find it hard to handle chocolate milk even.

5. Who are you reading right now?
The Bear and the Dragon by Tom Clancy, Midnight Tides by Steven Erikson, Urban Shaman by C.E. Murphy, and New Amsterdam by Elizabeth Bear

10. Are you into sports or other physical activities?
I try to work out at the Y as often as possible. Mostly weight lifting. Running gives me chills.

11. What kind of music speaks to you?
There isn't one band or segment I prefer over another. I like groups from several different decades, but those that come to mind first are "oldies": The Beatles, ELO, The Eurhythmics, Chicago. I'm a sucker for some musicals, though. I'll sit down and watch "Scrooge" with Albert Finney or "Brigadoon" with Gene Kelly given the chance.

12. Do you outline your stories or do they just take you along for the ride?
Mostly, I'm a passenger. The muse thinks a lot faster than I can write. Luckily, I'm OK with the idea of rewriting. Which is why productivity is a contradiction in terms.

14. Who are the biggest influences on your work?
I'm fond of Stephen King. When I first started reading "adult" books, I stumbled across Salem's Lot and The Shining. Then there's Lois McMaster Bujold. She does a lot of good things with characterization that I enjoy, and experiments with her material, trying new things as a writer, despite winning so many accolades she could just sit back and enjoy the adulation. Frank Herbert, Lester Dent, Warren Murphy, James Clavell, Tim Powers, China Mieville. Writers who make the experience of sitting down and reading enjoyable . It's hard to read a book where the writer or editor in my head doesn't take over, so I place entertainment high on my list.

15. Do you still watch cartoons?
Many cartoons nowadays are pretty smart. I catch Danny Phantom in the mornings with my youngest daughter, and I'm amazed at how well they do with building character arc into a 30-minute toon.

Steve Nagy spends his days on the phone, working customer support for a software company. His lunches and evenings see time split between the roles of father, husband and writer. So he's more juggler than anything else.

"I'm dancing as fast as I can, because my muse is a demanding woman."

He's working on a novel expansion to his short story, "Ye Shall Eat In Haste," which is forthcoming from Black Static. His first story sale was "The Hanged Man of Oz" to the anthology Gathering The Bones. The story was reprinted in The Mammoth Book of Best New Horror, Vol. 15. Other stories have appeared online and in small press magazines.
heidi ruby miller heidi's pick six steve nagy