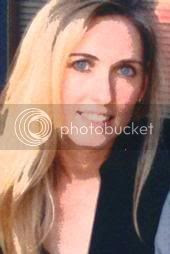 4. What else can you do besides write?
I can immediately imagine the worst case scenario in any given situation. (Good for putting my characters in peril, bad for my family’s blood pressure.) Oh, and I can blow spit bubbles off my tongue. As far as anything semi-useful, I had a wedding photography business for a while, until my sixteen month old twins arrived. Now I’m pretty good at chasing babies in two different directions.

5. Who are you reading right now?
Cormac McCarthy’s The Road (enjoying so far), Michael Crichton’s Next (not enjoying so much), and Mark Danielewski’s House of Leaves (brilliant and scaring the crap out of me). Oh, I also have Thomas Pynchon’s Against the Day on my nightstand, but can’t seem to get through a few pages of it before my brain gets tied in knots.

7. What is the toughest scene you ever wrote?
That would probably be a scene in Sahara's Song where a math genius, who thinks aliens have given him a message for the main character, must get her to understand the magic behind Phi. Being completely math-challenged, I had to first understand it myself, which took a few frustrating, hair-pulling days. (It really is as close to magic as real life gets.)

Here’s a sampling of the result:
“For those of us that didn’t pass Algebra, what is Phi?”

Steven glanced up at her, the pencil suspended in mid-air, as if suddenly remembering where he was.

“Only the love of my life,” he said leaning back, his lips stretched into a crooked grin. His hands were moving about in the air again, as they did when he got excited. “You see, if you have two waves coming together at one point, they produce wavelengths that we can both add and multiply. Phi is the only equation that allows this to happen, letting waves interact in harmony. Her greatest attribute is that she allows patterns to be passed on, not only as ratio, but also as shape- the marriage of mathematics and geometry! She allows waves of different vibrations to condense into a standing wave form. She. . .she is the reason life exists! The infinite and non-repeating. . .the golden ratio!”

As a side-note here, isn’t this the greatest thing about being a fiction writer? You don’t have to pick one occupation. For a little while you get to be a math genius, or an FBI agent, a hit-man or a rock star. Research is one of my favorite parts of writing.


8. Where do you find your inspirations to write?
Well, let’s see. On one end of the spectrum, I am inspired by the strength and greatness in humanity. On the other end, I am inspired by things that scare me about where we are headed. Hence, I write speculative fiction with characters that highlight human strengths. I am also inspired by fantastic writing, new scientific discoveries and chocolate.

12. Do you outline your stories or do they just take you along for the ride?
In all honesty, I get bored if I know the ending and outlining seems like a particularly cruel form of torture. For short stories, I usually just start out with a character in mind, put them in a situation and see how it plays out. For novels, the pattern has been—big question first (ex: what does it really mean to be human?), characters second and then—yep, you guessed it—just write and see how it plays out.

14. Who are the biggest influences on your work?
I’m sure every writer I’ve ever read, good or bad, has influenced me in important and unimaginable ways. The recent ones I am consciously aware of are: Ayn Rand, Margaret Atwood, Ursula Le Guin, Robert J. Sawyer and Greg Bear.

Shannon Esposito has grown up and still wants to be a writer. She currently lives in North Carolina and spends all her free time in this pursuit. Her poetry and short stories have appeared in generous places such as The Spillway Review and Crimson Highway. You can read more about her novels on her website or just stop by and say hi at her blog or on MySpace.
heidi ruby miller heidi's pick six shannon esposito