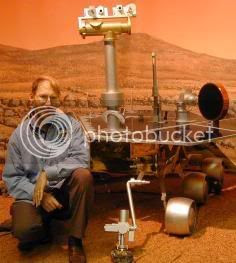 1. Which of your characters is your favorite?
At the moment, Leah Hamakawa, since right now I'm writing another story that features her (she's been in a couple of my stories before).

2. Tell me about your travels.
How much time do you have?

3. Coffee, tea, or milk?
4. What else can you do besides write?
5. Who are you reading right now?
6. Pop culture or academia?
7. What is the toughest scene you ever wrote?
8. Where do you find your inspirations to write?
9. Food you could eat everyday.
10. Are you into sports or other physical activities?

11. What kind of music speaks to you?
When I'm writing, it has to be music that doesn't have words, so I tend to go with jazz, or else world music in some language I can't understand-- Afro-Brazillian, maybe, or African drumming. When it's just for pleasure, I'd listen to the same music I listened to when I was in college, which is old art-rock: Yes, possibly a little King Crimson, Rick Wakeman. I still find myself thinking "Nous somme du soleil; we love when we play" to myself, and it still seems as if it's saying something deep, although I suppose it's really not.

12. Do you outline your stories or do they just take you along for the ride?
I've tried both. These days I mostly want to know where the story is going before I start, because I really hate getting halfway into a story and then discovering I don't know what happens next. I tried writing a story for Wil McCarthy's anthology of hard-SF fairy tales (Once Upon a Galaxy) a while back by the technique of just writing whatever came to me, and got a couple of thousand words in and realized I didn't know what happened next. A while later, my writing workshop said that everybody should bring in a fragment of something they didn't know how to finish, and I took a look at the pieces and said, "Ok, I think I know where this must be going." The anthology had come out years ago (without me), so I finished it off and sent it to Analog. (The story's called "Lazy Taekos;" it will be reprinted in the 2007 Best American Fantasy from Prime Books).

13. Celebrity crush.
Used to be Sigourney Weaver from Aliens, but more recently, I'd have to say it's Hallie Berry from Catwoman. Vastly underrated movie; the plot was silly, but Hallie Berrie was perfect, just brilliant! Mrrrao!

14. Who are the biggest influences on your work?
The hard SF writers of the late 60s and the 70s-- Larry Niven, John Varley. I'd love to say I was influenced by Ursula LeGuin, but I'm not that good. Lewis Carroll, a little bit-- sometimes I put things that are simply absurd into my work, just because I like the sound of
it.

15. Do you still watch cartoons?
I don't watch television very much when I'm at home (we don't get cable, and the TV's in the basement-- it gets about two and a half channels), but when I am near a TV, sure, I'll flip to the cartoon channel or Nick. And recently I've been trying to watch some anime, so I can learn about contemporary Japanese culture. What I've learned is that all Japanese are in high school and wear school uniforms, any one at any time is subject to suddenly gaining superpowers due to an ancient artifact choosing them to save the universe, and that having superpowers doesn't seem to help with your high school social life.


Geoffrey A. Landis is a scientist and a science-fiction writer.

As a writer, he is the author of over seventy published short stories and novelettes, and twenty-some poems. His novel Mars Crossing, appeared from Tor Books, and a short story collection Impact Parameter (and other quantum realities) from Golden Gryphon. In 1990 his story "Ripples in the Dirac Sea" won the Nebula award for best short story; in 1992 his short story "A Walk in the Sun" won the Hugo award. (Now available on audiotape), and in 2003 his short story "Falling Onto Mars" won the Hugo. His novel Mars Crossing won the Locus Award for best first novel of 2000.

His work has been translated into twenty-one languages, and the Portugese translation of "Ripples in the Dirac Sea" won the Brazilian Reader's Poll award for best short story. His collection Myths, Legends, and True History was published in 1991 by Pulphouse as part of their Author's Choice Monthly series (now, unfortunately, out of print.)

Aside from writing, Dr. Landis is a scientist with the N.A.S.A. John Glenn Research Center. From 2005-2006, he was the Ronald E. McNair-NASA Visiting Professor of Astronautics at M.I.T.

He has published 400 scientific papers in the fields of photovoltaics and astronautics, holds four patents on photovoltaic device designs, has written dozens of articles about model rocket technology and edited several MIT Rocket Society reports, many of which can still be purchased from the NAR. He's written more technical reports that I really want to think about, and organized and served as the technical chairman of the Vision-21 symposium. He has flown the human-powered airplane "Chrysalis" and helped build both Chrysalis and also the prize-winning Monarch airplanes. He was involved in a project called SpaceCub to design a personal rocket for the hobby flyer. He was a regular participant in the Science Fiction Age "Science Forum", and has written 12 popular science articles, including "The Demon Under Hawaii," Analog, July 1992, winner of the AnLab reader's award for best science article. He has undergraduate degrees in physics and electrical engineering from MIT and received his PhD in solid-state physics from Brown University.

He was a member of the Sojourner Rover team on the successful Mars Pathfinder mission in 1997, and is currently a member of the science team on the Mars Exploration Rovers Mission, making spectacular discoveries while driving the rovers "Spirit" and "Opportunity" around on the surface of Mars.

As technical chairman of the Vision-21 symposium and editor of the proceedings, he published Hans Moravec's speculative essay "Pigs in CyberSpace", and Vernor Vinge's article on The Technological Singularity.

Long ago, in a previous life, he used to be an amateur artist.
geoffrey a. landis heidi ruby miller heidi's pick six