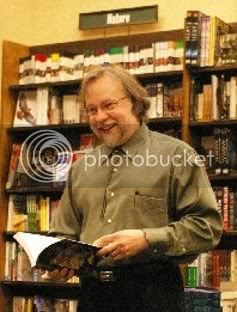 1. Which of your characters is your favorite?
Aside from the main character of a novel that may never be published, I'd have to say Tamyn Glass in Peace and Memory. She's an independent merchant, a shipmaster, on the far side of fifty, and very much her own person. She's tough, sympathetic, with wide-ranging interests, and by the standards of a lot of pop culture pertaining to women she's atypical. 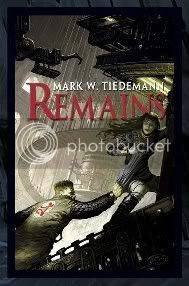 But of course a character is very much a part of his/her setting, and Peace and Memory is currently the best realization of my Secantis universe. After her, I'd have to say Lis from Compass Reach is a very close second, almost a tie.

4. What else can you do besides write?
I've made a living as a professional photographer and photofinisher most of my life. I picked it up in high school and over time got fairly good at it. (My preference is for black & white, f/64 Group style work, ala Ansel Adams, Edward Weston, Imogen Cunningham.) I'm also a keyboard player and once-in-awhile guitar player. I cook and occasionally clean house. I'm a competent dog walker and I've been known to carry things well ( I work out ).

5. Who are you reading right now?
Laurie R. King's Mary Russell mysteries; I just finished John Crowley's Lord Byron's Novel; and I'm about to start a new Pynchon novel. Ongoing, though, is a ton of research material related to the Revolutionary War, particularly in the west, for the new novel I'm writing, which will not be SF.

6. Pop culture or academia?
I think they are both fine ideas.

11. What kind of music speaks to you?
Layered music, the kind of thing you can listen to a hundred times and find something new evertime. Which kind of eliminates most pop music, almost all country & western (which I loathe), and a good deal of what's called "easy listening." (Never understood that label, actually, since I never found it "easy" to listen too.) As I write this, for instance, I have Gyorgy Ligeti playing, specifically "Clocks and Clouds." It's great music for writing odd things to.

Classical, except for opera. Once they start warbling, I leave the room.

Music, to me, is a key to emotional response unmitigated by the distraction of utility--you know, the "pose" that something has to serve some sort of "practical" purpose in order to be of merit. It is what it is, and requires no other defense for being abstract, surreal, outre, or pure. It gets in. So the things that have had the most impact on me and continue to be are those pieces which cause often unnamed mixtures of immediate emotional response. I love Dvorak and Beethoven, most of Stravinsky, and I have an abiding fondness for Camile Saint-Saen's piano concertos (which I think are almost ideal examples of the form). I could listen to Miles Davis all day long. I can't listen to vocal music when I'm writing, so I have a lot of instrumental in my collection. It has to take me somewhere, I want to feel like I've been on a journey when a piece is done, or at least be shown something new. In rock, I have Focus, Phish, U2, Traffic...on and on. But the band that has been at the center of my musical aesthetic since I first heard them in 1971 is Yes.

14. Who are the biggest influences on your work?
Samuel R. Delany, Iain Banks, Eddison Marshall, Joseph Conrad, Joanna Russ, James Tiptree, Barbara Tuchman... often whoever I happen to be reading at the moment I find worth raving about. My tastes have changed over the last four decades and people I really liked at fifteen I find insufferable now, but certainly if I liked them ever they ended up in the pool of influences at the bottom of my psyche. Heinlein had a big influence, although I couldn't quite say how since my apprehension of him has changed, and it's hard to remember. I read a great deal of Dumas and Verne, but I in no way write like them. I read most of Dickens at one time and came to dislike him, but certainly in his penchant for writing about the seamier side of real life he established a precedent for honesty and verisimilitude in the construction of the worlds we set our stories in.

I have to admit as well that a lot of movies have influenced my writing, sometimes I think more than written works, at least in that aspect of my work which tends to be visual. I've been called a very visual writer, and if so then I have to credit film. I admire Roman Polanski and Francis Ford Coppola immensely, and I think Robert Redford has become an excellent auteur. But as for direct influence on my science fiction, Forbidden Planet and 2001: A Space Odyssey and Blade Runner get pride of place for sheer visual wealth.

Then, of course, there are the non-literary influences, first of which is Donna, who is my first reader/editor/companion/inspiration/wielder of the dreaded red pen.

Mark W. Tiedemann began writing shortly after he learned how to read, and has continued, on and off, his whole life. In 1988 he attended Clarion and under instructors Tim Powers, Lisa Goldstein, Samuel Delany, Kim Stanley Robinson, Kate Wilhelm, and Damon Knight he figured out how to write them well enough to sell. His first professional short story appeared in 1990, in Asimovs SF, a story entitled "Targets. " In 1999 he signed a contract with Byron Preiss's iBooks to write three new novels set in Isaac Asimov's robot universe. The following year he sold three novels in his ongoing Secantis Sequence to Meisha Merlin Publishing. The first, Compass Reach, was nominated for the Philip K. Dick Award. His most recent novel, Remains, which combines elements of cyberpunk and detective thriller, was shortlisted for the James Tiptree Jr. Award and made the preliminary Nebula Award ballot. Remains is his tenth novel.

In 1980 he met Donna, who promptly read all his unpublished work and asked him the pointed question, "So have you ever sent any of this out?" starting a long, arduous, and to date unpredictably fascinating process of becoming a real live SF writer. In spite of that, they still live together--happily--in a house in South St. Louis with a resident alien lifeform, a dog, named (appropriately) Coffey.

In 2001 Mark was invited to join the board of directors of the Missouri Center for the Book, the state adjunct program of the Library of Congress Center for the Book and in 2005 he was elected president, a position to which he was just recently re-elected. When not writing or working at The Day Job, Mark is available for speaking engagements and workshops. When he is not doing any of that, he can usually be found at home listening to music, watching movies, reading one of the too many books still on his shelf, and talking to friends. All in all, a fairly "average" life.
heidi ruby miller heidi's pick six mark tiedemann