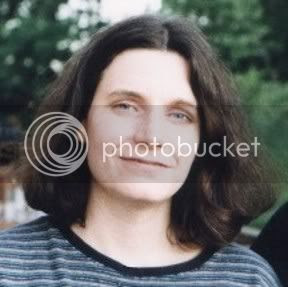 1. Which of your characters is your favorite?
"Favorite" is kind of a tricky term; I don't write about characters I'm not interested in, but there are characters I'd like to do more with, and in that sense I favor them. From my new short fiction collection Sparks and Shadows, I'd have to say one of my favorite characters is Nturi from "Burning Bright". I want to tell her whole story in a novel sometime. Of course, I can say that about a lot of the characters in those shorts. 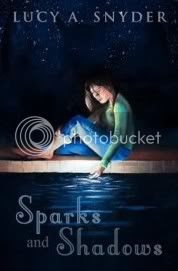 I'd like to revisit Charlie ("... And Her Shadow") as an adult, because she's definitely got some unfinished business with the supernatural world as well as her own conscience. And I'd like to do more with Nikolai Zorleski and his crew.

3. Coffee, tea, or milk?
Coffee, tea, and milk are my holy beverage trinity. That first cup of coffee with lots of milk in the morning is absolutely crucial. I also love green tea and hot or cold chai.

7. What is the toughest scene you ever wrote?
It was actually a couple of scenes I wrote in one of my satire stories, "Sara and the Telecats", which first appeared in Farthing and is also in Sparks and Shadows. It was the first thing I wrote in response to my mother's dying, and was based on a bizarre dream I had a couple of weeks after her funeral. The story's still satire overall, and is ultimately supposed to be read as a kind of very dark humor, but writing it took me to some bad places. The description of the cancer death is taken precisely from memory, isn't supposed to be funny because that kind of thing isn't ever funny, and took way longer to write than you'd think because it's hard to type when you've stopped being able to see the computer screen.

(Other than sharing the same death, though, the mother in the story and
my mother have very little in
common.)

I know the story won't work for some people because of the uneasy truce between the satire and the content that's deadly serious. It switches gears on the reader a whole lot; some readers enjoy that, some don't.

8. Where do you find your inspirations to write?
Everyday life is a big inspiration, but so are old myths and fairy tales and poorly-written technical documentation and the weird dreams I get when I have to take allergy meds. Personal amusements and aggravations tend to start spinning inside my brain, and I inevitably want them out of there, so I have to get them down on paper.

12. Do you outline your stories or do they just take you along for the ride?
I like to know where I'm heading when a trip begins, even if that's not where I actually end up. However, I don't outline so much as take lots of notes when new elements come to me. I have a mind like a steel sieve, so note-taking is crucial if I expect to retain small details.

15. Do you still watch cartoons?
Oh yes. My husband and I both watch a lot of cartoons (eagle-eyed readers of In The Midnight Museum spotted the Invader Zim reference in Gary's dedication to me). TV-wise it's mostly Foster's Home for Imaginary Friends, The Venture Brothers, SpongeBob SquarePants, The Grim Adventures of Billy and Mandy and of course Zim. I love Miyazaki's movies and most of Pixar's movies. If I ever get too old for cartoons I expect I'll be too old to write.

Her debut collection Sparks and Shadows has seventeen short stories, seven poems and four humor essays that will appeal to any reader of the dark fantastic. By turns touching, chilling, surreal, wryly satiric, seductive, macabre and laugh-out-loud funny, this book will take you from adventures in the farthest reaches of outer space to the darkest shadows beneath the surface of modern America.
heidi ruby miller heidi's pick six lucy a. snyder