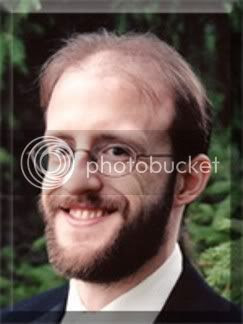 1. Which of your characters is your favorite?
That's a tough one. Jig the goblin is great -- he's a cowardly runt, but he's clever. Plus he has a pet spider who can set things on fire. What's not to love? I think my favorite thing about Jig is that he never pretends to be anything he's not. He's a coward and a goblin, which means he's perfectly happy to leave you to fight the dragon while he runs away. In Goblin Hero, there's a lot of pressure on Jig to be something more. The other goblins expect him to be this great hero and leader -- after all, he survived the first book -- but the only thing Jig wants is to be left alone. Well, he also wants a good pair of boots.

I'm also quite fond of Talia, from The Stepsister Scheme. She reminds me a little bit of River from Joss Whedon's Firefly. Talia's sane, but she has that whole "I can kill you with my mind" attitude going. Only in Talia's case, she's more likely to kill you with a spoon, or whatever else happens to be handy.

4. What else can you do besides write?
I can juggle all manner of odd objects. The strangest example was when I ended up juggling three boxes of tampons in the grocery store years ago. I don't remember what led to that one, but I swear that my friend and I were both perfectly sober at the time. I could probably still do a few mean yo-yo tricks. And I've learned to do minor car and home repairs without blowing anything up, which is useful.

Having kids, I've also learned how to change a pretty mean diaper.

6. Pop culture or academia?
False dichotomy. Heck, my office-mate in grad school turned in a very well-done paper on South Park. Academia, to me, is about critical thinking and analysis, learning to construct a more sophisticated argument. There's no reason that can't be done equally well with J. K. Rowling or Esther Friesner as it can with Melville or Joyce.

I see the same thing pop up time and again around the whole idea of literature vs. fantasy. People in the literary camps look down on fantasy as junk. Fantasy authors write nasty things about "lit-ra-chure." Personally, I think the whole argument is nonsense. Sure, there's plenty of crappy fantasy out there. Plenty of crappy literary fiction, too. And a lot of the fantasy out there has what I perceive to be strong literary values. Billing literature and fantasy as an either/or situation is just silly.

Goblin Quest is one of the required reads for a local high school. If that doesn't blur the boundaries bewteen pop culture and academia, I don't know what will.

8. Where do you find your inspirations to write?
When I'm writing, I want to care about the story, and I want to have fun writing it. So inspiration comes from things that amuse me, or things I care about, both of which are pretty broad.

Since getting married and having kids, I've seen family themes creeping into my work more often. They're what's most important to me these days. Similarly, most of my really strong fears also tie in to family. So of course that's going to show up in my writing. Relationships, losing a loved one ... lots of great stories in there. Family can provide an awful lot of humor, too!

12. Do you outline your stories or do they just take you along for the ride?
I do outline most of my books. Then I start writing, and usually by the fourth or fifth chapter, the book begins to mock my outline. It's like the bully on the beach, kicking sand on my scrawny six pages of notes. "Why would your characters do that? Is everyone in this story an idiot? Why has everything gotten so boring in this scene?"

This usually leads to scenes like this one, from the first draft of Goblin Hero:

-----
A change in the footsteps behind him made Jig whirl. He tried to draw his sword, but his hands were wet from his last fall in the snow, and his grip slipped. "What happened to you?"

Grell spread her fingers and examined her hand. The last time Jig looked, Grell had been a lean, muscular warrior, with reflexes like a whip. Now it appeared her body had aged at least a century, and since most goblins didn't live past the age of thirty, that was saying a great deal.

Her back was hunched, and she had traded her sword for a set of rough-carved canes. Her skin and muscles sagged from her bones, like her body had grown too large for her bones. Her face resembled a bruised, rotted fruit.

"Don't ask me," she said. One whiff of her breath made the rotten fruit comparison much more apt. "Looks like the author decided my character wasn't providing enough tension or amusement, and he's too much of a lazy bastard to go back and rewrite my scenes."

She fingered the broken tip of her yellow fang. The other was missing completely.

(Just in case anyone's wondering, I do clean these scenes up in the final draft.)

15. Do you still watch cartoons?
I have a six-year-old and a two-year-old. Some nights I lay awake, wondering whether a power drill would be enough to excise the "Go Diego, Go!" theme song from my brain. On the other hand, I suspect my wife and I are bigger fans of Kim Possible than either of the kids. And I would love to see The Tick come back someday....

Jim C. Hines began writing back in 1995, though he tries not to think about that too hard. His first fantasy novel, the humorous adventure Goblin Quest, was released in November of 2006. Goblin Hero came out on May 1 of this year. The final (for now) book in the series, Goblin War, is set for 2008 . . . assuming he can get the final revisions turned in on time.

DAW will also be publishing The Stepsister Scheme in either late 2008 or 2009. If all goes well, this will be the first book in a new series of butt-kicking fairy tale heroines. His proudest moment in this book was writing what may be the best ever use of tableware in a fantasy melee.

He was a first place winner in the 1998 Writers of the Future contest for his story "Blade of the Bunny," and he has since published over thirty other short stories in markets such as Realms of Fantasy, Turn the Other Chick, Sword & Sorceress, and this month's Fantasist Enterprises' anthology Bash Down the Door and Slice Open the Badguy. He also edited an anthology, Heroes in Training, with Martin Greenberg.